The wonderful A.S. Akkalon nominated me for a Versatile Blogger Award… 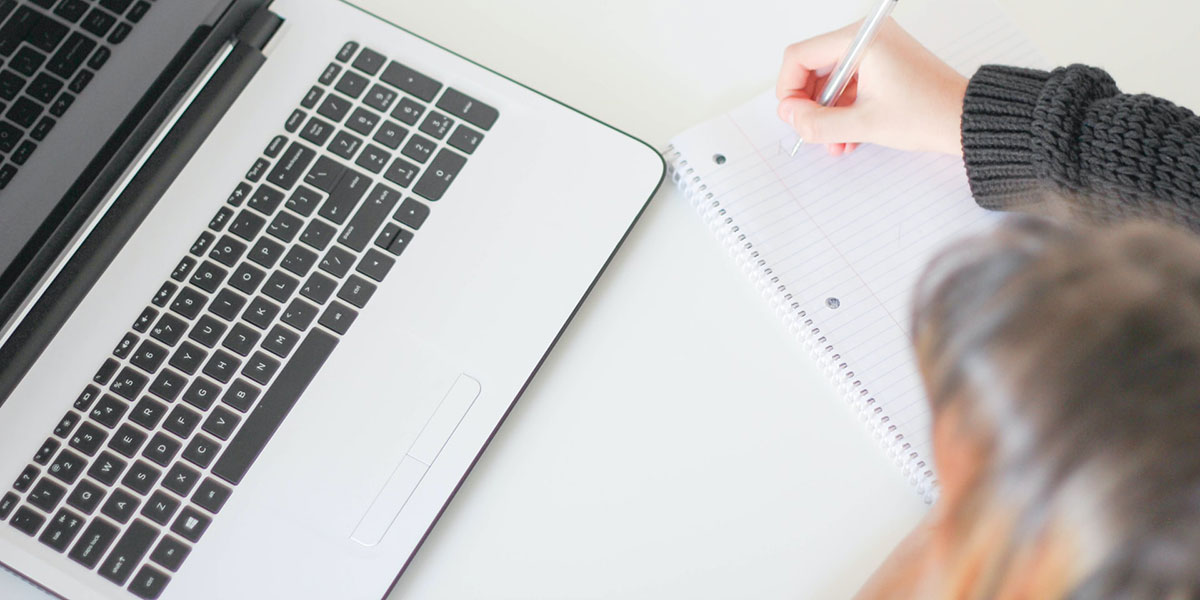 The wonderful A.S. Akkalon nominated me for a Versatile Blogger Award, which is both very nice of her and very confusing as I’m not sure what it is I’m supposed to be versatile at. Writing about cats, dragons and cake with equal enthusiasm, perhaps?

Oh, wait – there are details.

“The Versatile Bloggers Award is an award given by bloggers to other bloggers whom they believe deserve recognition for their high quality standard of writing, uniqueness of content, passion and love displayed throughout the site, and amazing photos.”

I think it’s possible that she may have me confused with someone else, especially on the amazing photos bit (although Layla-cat is terribly photogenic). But I’m just going to take it and thank her very much, smile graciously and refuse to give it back, ever.

The rules of the award are that I must thank A.S. Akkalon (thank you again, lovely hat-wearer!), link to her blog (which is funny, clever, and you should read it now. Well, after you read mine), then nominate up to 10 other bloggers, link to their sites and inform them. You’ll find those talented people at the bottom of the post.

1. When/Why did you first become interested in writing? What was your first story about? – Michelle Winkler
I actually can’t really remember. I was an absolute bookworm as a kid, to the extent that I used to sleep with books under my pillow in the belief that the stories would seep into my dreams. I was also an only child, growing up on a boat, so spent a lot of time telling stories to myself, and having Adventures, either on my own or with a battalion of stuffed toys. Writing was just an extension of those stories, I think. My first clear memory of writing was when my correspondence schooling hadn’t arrived, so I decided that writing a book of short stories would cover most of the missed lessons. I was probably about eight, and they were ghost stories. Which I illustrated. Naturally. And no, even if I find them again, I’m not showing you.

I must’ve been forced to put the book down.

2. Why are you a #turtlewriter? – DrewMichaelsWrites
#Turtlewriters, for those of you that don’t know, is a wonderfully supportive twitter group for those of us that aren’t exactly speedy at churning out the words. For the record, I can actually be pretty speedy. I’ve been known to have a 10,000 word day (okay, it was a really long day), and writing a 5,000-plus word short story in one sitting isn’t that uncommon for me. But it’s all the stuff around it that makes me a #turtlewriter. I tend to let ideas sit for a while before I start digging them up, and it can take me a few attempts before the story starts to sit right on the page. With a short story, once it’s ready to be written I might not have an awful lot of editing to do. For a longer work, however, things are not so simple. I’m a pantser, so what I end up with at the finish may not be anything like I had intended. Which means going back to the beginning and starting over again, after which the end may have changed. And while the middle’s looking okay, because the end changed the beginning is once more out of kilter. So back I go and try again. Now the beginning and the ending are solid, but the middle’s all upside down. Back again, only to find the ending’s impossible now I’ve re-written the middle, and now I don’t like the beginning anyway, so…

You get the picture. And yes, I’ve tried outlining. That’s kind of hilarious in its own right.

3. Which fictional character (not your own) would you like to be? Would you have acted differently? – John B and Rosetta Yorke
Ugh. I don’t know why I chose this one, because it’s really hard. Except two people asked it, so it must be important, right? Right. So – I would be Little My from the Moomintroll series by Tove Jansson, because she does exactly what she wants, says exactly what she thinks, and is small enough to float around a flooded theatre in Moominmama’s sewing basket, using needles as weapons on anyone unwary enough to approach her. (I may have made the needle bit up, it’s a long time since I read them). And the only thing I’d do differently is to be a little bit less direct in the offering of opinions.

4. Billy Owens Jr, A.S. Akkalon and Tamara R. Bower all asked about the places I’ve travelled to and lived in, plus what it’s like to be a pirate.
I’ve lived almost three-quarters of my life, and all my adult life, out of New Zealand (although I AM still a kiwi, and if anyone says different I’ll force-feed them Marmite). In that time, the longest I’ve spent in one country is three years, although that may be stretching it a bit – I’m not sure I ever actually made it that long. This is all entirely accidental – I took a gap year after my first year at uni, went to work in a dive shop in Tonga, and somehow kept falling from one job into the next. Best job – either diving in Tonga (while it’s very unspoiled still, in those days we were the only dive operators. Plus humpback whales mate and calve there, so we got to swim with them pretty regularly), or teaching sailing in Greece, because Greece and sailing and being 21. Worst job – either working in a commercial kitchen in Greece with a stereotypical screaming, pot-throwing head chef, or certain parts of working on a superyacht (i.e. the parts where I was the smallest member of the deck crew and had to crawl into the bilges to sponge out stale water riddled with weird bugs that gave me sores on my legs for a month).

Most incredible experience – either the aforementioned swimming with whales, or a perfectly moonless night in the Bay of Biscay, sailing downwind on a delivery with dolphins covered in phosphorescence playing across the bows. Worst experience – probably in the Caribbean, cleaning an absolute lake of seasick vomit off a bunk, two walls and the floor while everyone else was on deck having a fantastic sail, including the vomiter. Scariest experience – being on the bridge in a superyacht with a steel superstructure, doing a crossing to Barbados in the middle of a massive lightening storm. Which is also up there with most incredible. I can’t name a favourite place, because I love all of them for different reasons. Same with worst place – they all had certain things that weren’t great, but I didn’t hate any of them.

And I can’t tell you about being a pirate, because I might incriminate myself.

It.s all fun and games until someone starts vomiting …

5. Favourite meal and favourite dessert? – Sandra.
This ties into Anna’s question about what my last meal would be – although hers was preceded by asking how I’d kill someone, and what I’d do with the body (I’d get the cat to knock a hairdryer into the bath, then add piranhas once the power was off. Obviously.).

This is really hard, because I like food. A lot. But probably veggies on the barbecue – red onions, aubergines, corn, red peppers, courgettes and baby gem lettuce. Take them off, chop roughly, and toss with homemade veggie ceasar dressing, then eat immediately with warm fresh bread and butter. I could eat that every day and not get bored. Dessert? Brownies, nice gooey ones that are barely cooked in the middle.

Now I’m hungry. Hang on while I go get some chocolate.

6. If you could be an instant expert at anything, what would it be, and why (not writing)? – M.L. Moos
I feel the exclusion of writing is kind of unfair. Okay – I would be an expert at not being distracted, so my every glance at wikipedia to check a minor sub-sub-plot fact wouldn’t turn into an hour-long trawl that ends up on the eating habits of elderly female gnu. And so I’d actually stop checking twitter every time I get stuck on a tricky sentence, resulting in falling down the rabbithole of the #cats and #amwriting hashtags. (Have you tried that? Cats! Writery cats!)

7. A penguin wearing a trilby walks through the door. What does it say? – KitchenCounterAuthor
“Evenin’. I’m lookin’ for a penguin. About so high, black and white, flippers to die for and webbing on her feet like you never seen. She been through here?”

You apologise, admitting that one penguin looks much like another.

The penguin slides his hat off, fixing you with one narrowed yellow eye. “Seriously?” He looks around, as if playing to an audience. “You believe this?” he asks the invisible watchers, then re-seats his hat, shaking his head in disappointment. “Learn some manners before someone learns you them,” he says, surprisingly threatening for a small aquatic bird.

As he leaves, he takes a sardine from the display. You don’t stop him. Some birds are nothing but trouble.

Super bonus question: What do you do with a drunken sailor, and are there sea monsters that deal with those? – A.S. Akkalon and Anna
Yes, there are sea monsters, but they normally like sober sailors. Which is why the sailors are drunk. Didn’t we watch a movie about this?

And that’s it for me. Thanks again A.S. Akkalon for the nomination! Now, The Recipe Collector, AJ Watt, Billy Owens Jr, Lisa Sell and Debbie Jinks – tell us your secrets!*
*Only if you want to, of course.

And ask away if you’d like to know anything else!

about me, childhood, growing up, random facts, versatile bloggers award