A Blog About Baking

Once upon a while ago, I used to cook full-time. In fact, I had a few jobs where… 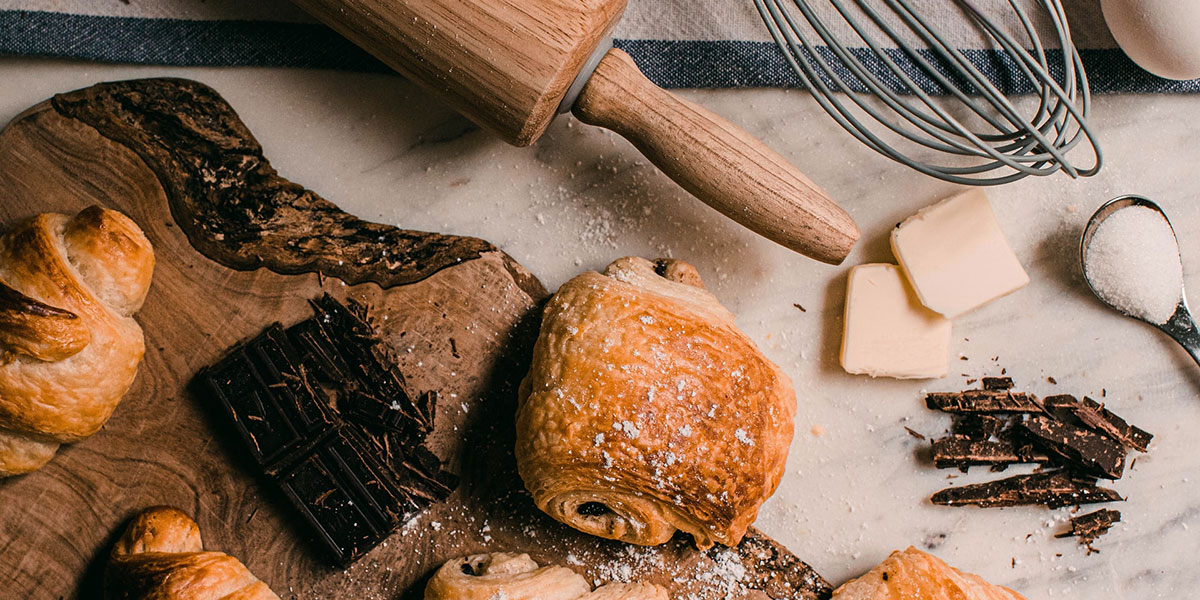 Portrait of the author. Okay, not really, My hair, make-up, nails and dress never look like that, and especially not when baking.

Once upon a while ago, I used to cook full-time. In fact, I had a few jobs where this was the case, the first time being with the caterers at Waiheke Island RSA when I was still at Uni, and the most recent being in a lovely wee deli/cafe in Yorkshire. These are facts that would surprise people that knew me when I was working diving, and existed on two-minute-noodles and biscuits scrounged off the dive boat, and maybe even people that know me now, as when the SO’s away through the summer I eat nothing but salads drowned in homemade Caesar dressing, and Carrefour praline chocolate.

But I do have a thing for baking.

I’m not a creative person in any way except writing, really. I can’t draw, I can’t sing, and I’m terrible at sewing and pretty much anything that requires a good eye for proportion and an ability to work in straight lines. I think those adult colouring books look amazing, but I’d never pick one up, because you can guarantee that even if I stayed inside the lines (dubious) the colour combos would be interesting, to say the least. Even when someone gives me flowers, I try to keep them as they were bundled, because my version of ‘arranging’ means I have to claim the cat sat on them (she does come in handy).

Cooking not so much – I tend to cycle through a small selection of dishes I can make without needing a recipe and that generally only use one pot. Mostly they involve the same vegetables, just with different spices, and now I have a slow cooker I’m very happy, as there’s minimal risk of me forgetting it’s on and setting fire to the kitchen (minimal, not zero – turns out if the slow cooker’s on high enough, and I forget for long enough, you can still develop quite a decent smoky flavour). I have cooked for a long time, including for guests on charter yachts, so I’m actually not terrible at it, if I concentrate on what I’m doing. That’s a big if, though, and not one I’m great at living up to when I have my writer head on. I also have an almost pathological aversion to following recipes, which can prove problematic. Looking back, it’s fairly alarming how often I decided to ‘adjust’ recipes when I was cooking for eight paying guests with no shops in sight. But these days, I’m happy to throw everything in a pot and forget it, and even happier to eat salad for four months of the year. Luckily the SO’s a chef who loves what he does, so when he’s home we do tend to eat very well, punctuated by my veggie chili/stew/curry variations.

Much more accurate portrait of the author. On an unrelated note, stock images are weird, right?

Now that I love. Of course, part of that may be down to the end product, but not entirely. I’ve even been known to get quite creative with it, including making wonky penguins for Christmas cakes and some very NSFW cupcakes. Mostly, though, I make cookies, or cakes with leftover fruit, things that are easy to put together and unfussy to eat. There’s something very comforting about it, the mixing and the folding, the shaping and measuring and kneading. I’m still a little hit and miss with how well I follow recipes – for whatever reason, I’m entirely fearless when it comes to substituting ingredients or adding extra ones. Most of the time it works, sometimes it doesn’t, but it’s usually edible, so it’s all good.

And I was thinking about this the other day, when the SO said, “You don’t have to make stuff, you know. We can just buy some biscuits.” Which is nice enough, and true enough, but – no. Because I don’t just make cookies so I can have sweet stuff in the house (although that’s certainly part of it). No, baking is my other ‘thing’ where I get to put all the bits together to make a whole. It’s my other thing where you’re not entirely sure of the end product until it comes out of the oven, where you find out if you over-mixed or under-sifted, if your addition of a handful of nuts was a good idea, and if the brown sugar really did add that extra dimension you were looking for. It’s my other thing I get to look at and think, “I made that,” my other thing where I can add and tweak and take away as I see fit, and if it doesn’t work it doesn’t, but when it does there’s that happy little punch of satisfaction. It’s my other thing where I can see what I’m making rising in front of me, where I can wonder if it’s ready or not, and, quite wonderfully, I can know. I can stick a knife in, or poke it with a finger, and it tells me if it’s done or if it needs a little longer. If it doesn’t work, if it’s too dense or too soggy, I can normally see why (usually one of my tweaks). And if all else fails, if cracks appear and bits fall off, I can slather it in a mountain of icing and proclaim that it still tastes good. And all of that in about an hour, give or take.

The wonky Christmas penguin. I’m afraid I can’t show you the cupcakes, because my website might get taken down.

Unless it’s to take to a party, in which case I really do try and get it right.

And since we’re talking about it, and I now want to make something, here’s my favourite brownie recipe. You’re welcome.

1. Adjust oven rack to lower-middle position and heat oven to 18 degrees. Spray 20cm square baking pan with nonstick vegetable cooking spray. Fold two pieces of foil lengthwise so that they fit the pan. Fit one sheet in bottom of greased pan, pushing it into corners and up sides of pan; overhang will help in removal of baked brownies. Fit second sheet in pan in same manner, perpendicular to first sheet. Spray foil with nonstick cooking spray.

2. In medium heatproof bowl set over a pan of almost simmering water, melt chocolate and butter, stirring occasionally until mixture is smooth. Whisk in cocoa until smooth. Set aside to cool slightly.

3. Whisk together eggs, sugar, vanilla, and salt in medium bowl until combined, about 15 seconds. Whisk warm chocolate mixture into egg mixture; then stir in flour with wooden spoon until just combined. Pour mixture into prepared pan, spread into corners, and level surface with rubber spatula; bake until slightly puffed and toothpick inserted in centre comes out with a small amount of sticky crumbs clinging to it, 35 to 40 minutes. Cool on wire rack to room temperature, about 2 hours, then remove brownies from pan using foil handles. Cut into squares and serve. (Do not cut brownies until ready to serve; brownies can be wrapped in plastic and refrigerated up to 5 days. If they last that long.)

Quantities include allowance for generous bowl-licking.