A Brownie for Every Occasion

There are cakes for every occasion. I mean, obviously. One can’t eat the same … 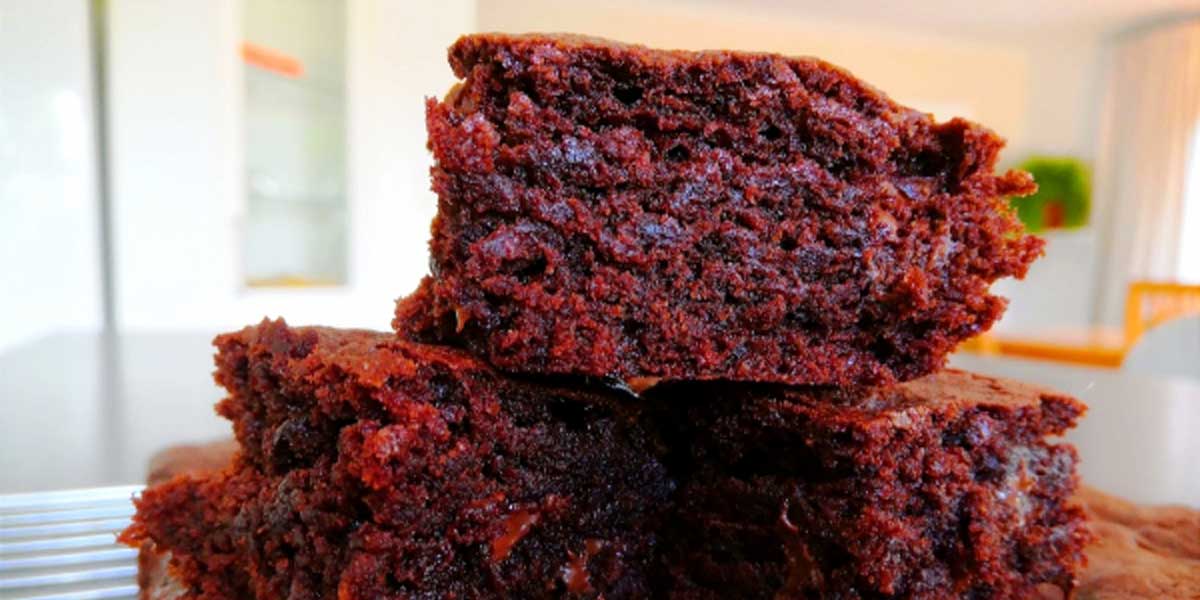 There are cakes for every occasion.

I mean, obviously. One can’t eat the same cake for a birthday as one does for I dropped my keys in a public toilet and had to fish them out by hand so I need this cake. Or, one could, but I can’t help but the feel the celebration would be a little tainted by the knowledge that the last time you ate this cake, you did it with rubber gloves on because, despite the deep cleaning with half a bottle of industrial-strength antibacterial hand wash and a hard-bristled scrubbing brush, you just don’t feel right touching a fork. Or, alternatively, thinking of those happier, pre-toilet-diving times while eating your commiseration cake is kind of rubbing salt in the wound.

(This being a recipe-type blog, I’m kind of regretting opening with the toilet image. I’m sorry about that. Anyhow, moving on …)

This is not your celebration cake.

Rather lower on the ick factor is the simple fact that we don’t always want the same cake. That there are big, exuberant, love-filled celebration cakes, and little, indulgent, movie-night-for-one mug cakes, and use-up-the-fruit-bowl everyday cakes, and slightly experimental, try-something-new weekend cakes. That the cake we want at home isn’t the same as the cake we want in the coffeeshop.

I can’t explain this. I can’t even offer up a reason as to why one week I want an apple cake crammed with comforting cinnamon and warm spices, and yet by the weekend I’m craving a simple lemon drizzle cake that’s fast and easy and almost childish in its simplicity, and a few days later I want to create something that’s all ground almonds and snapping orange and the heady hit of cardamon.

This, on the other hand, is joyous. YES.

But the beauty of cake is that there really is a cake for all occasions, whether it’s thinly disguised as breakfast in the form of banana bread, or showing off its fancy side in an explosion of summer fruit.

I like cake. But I love brownies. Chocolate cake (other than my old standby, the Emergency Chocolate Cake, which I will always love for its utter simplicity and lightness) is never my favourite when there are so many other delightful and interesting cakes to choose from. It’s always a bit of a one-note wonder to me, and too often relies on an overload of super-rich icing to make its point.

Brownies, however. Brownies are what chocolate cake dreams of being. They’re what cooking chocolate aspires to. They are, simply, the next best thing to eating an entire bar of chocolate. Or better than, sometimes.

And brownies (other than the endless debate of whether more cakey or more fudgey brownies are better – fudgey, obviously, otherwise why not just have cake?) do not have too many variations, other than what one puts into them. Brownies are brownies, even if they’re swirled with peanut butter (yum), spiked with walnuts (also yum), or crammed with cheesecake filling (oof). When one makes brownies, one braces for a serious sugar and chocolate hit, and that’s all there is to it.

Or, alternatively, sometimes I want a brownie that trips you up, grabs your lapels, and screams in your face I am brownie! Hear me chocolate! Or whatever it is that brownies scream.

And sometimes I want just that straight-up, delicious, making-no-bones-about-it brownie that always works, and neither sends you into a sugar coma after one slice nor entices you to eat half the pan in one sitting.

And, in the event that you, also, would like to have brownie options, I have them!

My absolute go-to brownie recipe, that I adore and which never fails, and just sits there being proudly and unashamedly brownie, is this one here. I’ve been making it for about twenty years (wow. How?), and it has never let me down. Just keep a good eye on the cooking time and use your judgement (and a toothpick to test it). A little under and it’s gloriously gooey. A little over and you have your cakey brownies, you heathen.

My holy cow chocolate overload brownie recipe is from this website here, and I discovered it last year while looking for sourdough discard recipes. It’s gooey, fudgey, chocolatey, and basically just ridiculous. I adore it, but even for a terminally sweet-toothed child like myself it’s intense. Eat in small doses, and keep it gooey – definitely pick your own cooking time, as mine has been 10 minutes less than the recipe said each time. And if you don’t have any sourdough discard, just add equal weights of flour and water (so 60g of each, or 1/2 cup of flour + 1/4 cup water) – you could even add a splash of vinegar with the water to give it a little sour boost (the discard doesn’t add any rise in this recipe). I’ve also just seen she’s added a vegan version, so yay for more options!

And my cheat’s brownie recipe, which I’ve been making for at least as long as my go-to recipe, is the one below. It’s quick, easy, and somewhere between a cake and a brownie. It’s lighter than a traditional brownie, since it uses cocoa instead of chocolate, but it still gives a fantastic brownie hit, and you don’t feel you have to brush your teeth immediately after eating it. You can also chuck pretty much anything into it – I’ve used everything from chopped salted peanuts to mini M&Ms, and it all works.

Preheat oven to 180C / 350F.  Grease a brownie pan (or similar – I’ve used a rectangular pan just fine too), and line it with greaseproof paper or foil, leaving an overhang so that you can lift the brownies out easily. I usually just cut a strip of paper in half lengthwise, so it’s a bit narrower than the pan, and lay them at right angles to each other.

Sift first 4 ingredients into small bowl, or dump them in and give them a little whip around with a whisk, or, if you’re my level lazy, use the leg of a handheld beater instead of a whisk, because less dishes.

Reclaim the the beater leg and beat sugar, butter, eggs and vanilla together in medium bowl until well-combined. You’re not going for aeration or anything here, and, in fact, the less beating the better. Just mush them about.

Mix in dry ingredients, again being careful not to over-mix. Mix in chips and/or other additions. Spread batter in your pan and give it a bit of a smooth about.

Bake until your toothpick comes out mostly clean, with some moist crumbs still sticking to it – about 25 minutes. Cool your brownie in the pan until it firms up, then carefully remove with your funky sling and dig in. Or, you know, just carve great slabs out while it’s still hot. You know, whatever works.

*** This doesn’t make a huge batch – I tend to cut it into bite-size pieces and have them with a cuppa, but it’d probably do nine modest dessert-sized pieces.

Now, over to you, lovely people! Do you crave different cakes/sweet treats depending on the day? What’s your absolute favourite, must-have-it cake? Let me know below!