A Cover Reveal & Some Good Reading

I will admit I’m not a seasonal reader, as that requires organisation. And also that… 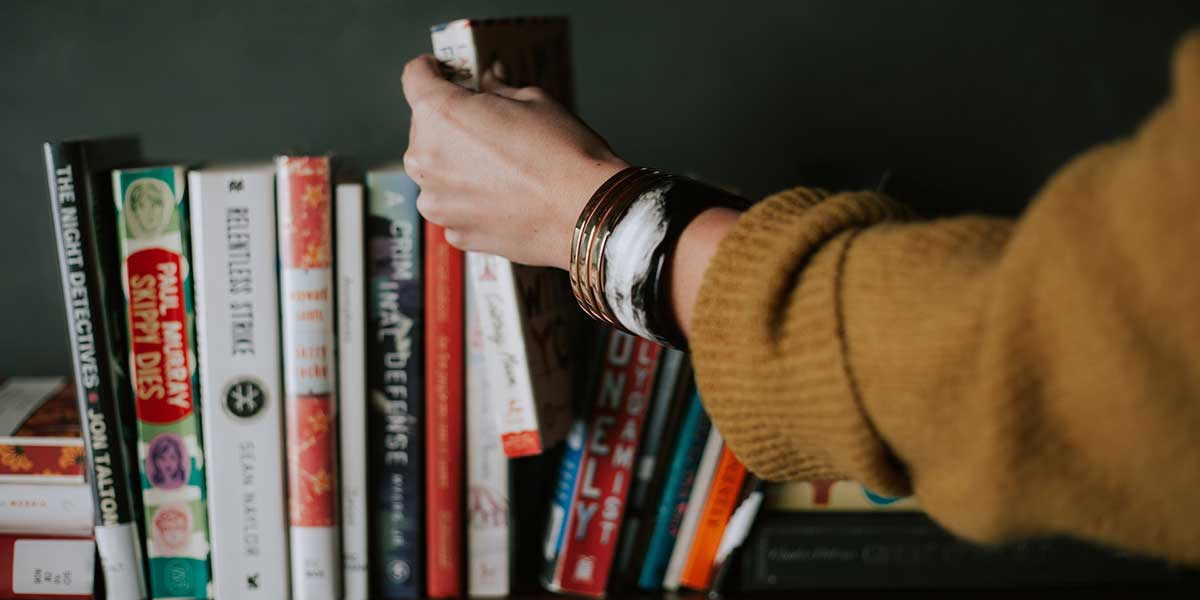 I will admit I’m not a seasonal reader, as that requires organisation. And also that I know what time of year it is, which isn’t going well right now. I mean, maybe it’s down to having winter Christmases for many of the last couple of decades (even if some of those were in warm places, so they don’t really count), or maybe it’s because I’m not planning any seasonal stories this year, but I have not embraced the idea of December yet. Although I did have a mince pie yesterday, so I’m working on it.

Which is a rough excuse for why my reading has been distinctly non-festive so far. I have less excuse for why I’ve left a trail of unfinished books behind me over the last couple of months, but we’ll just ignore that for now. Mood reader, y’know. It happens.

However, I have also read some truly excellent books over the last month or so. Truly excellent, including two new-to-me authors who I can’t wait to read more of. Which is most exciting, although as I’m sort of on a book-buying ban until I can wade through at least a fraction of my truly monumental Kindle TBR, it’s also a little distressing.

I look very much like this while trying to navigate my Kindle.

So I will share these books with you so that you can also go out and overload your TBRs, because a problem shared is a problem halved and all that …

But first! But first, I have book news! Oddly Enough, a short story collection, will be out on the 17th of this month! Which is terrifyingly close, and I don’t dare put a pre-order up as, like I say, my grasp of time seems to have gone a wee bit squiffy. But I shall update you as I go, and in the meantime – feast your eyes on this glorious cover. I adore it, and the paperback cover is equally as stunning.

It isn’t a festive collection, but rather a generous serving of my favourite stories off the site and from the newsletter, plus five brand new tales. And I can’t wait to share them with you!

And somewhere, on the edge of the dark or in the belly of an unknown machine, stories are born. Stories of heroic chickens and lost demons, dangerous golf games and pies full of fury. Stories of magic and uncertainty. Stories of the unordinary.

Come on in and discover them. Don’t worry, it’s perfectly safe. This world is just like yours.

Well, almost. But there’s nothing to fear here.

Except maybe the sheep. I’d watch the sheep …

But on to the video! (Cake and a cuppa ratings are below)

Mexican Gothic, Silvia Moreno-Garcia. It’s been ages since I’ve read a good Gothic novel. Something all heavy with atmosphere and dread, suffocating in dusty family secrets and societal conventions, while our heroine defies the dark. And this ticked all the boxes. Grand old house, isolated up in the mountains beyond a fading town? Tick. Creepy family that slowly reveals horrifying secrets? Tick. Young woman with a mysterious illness that only appeared when she arrived at the house? Oh, tick. Throw in a believable female protagonist, lots of nasty threads of colonialism, racism, and eugenics, and some truly gross moments, and it was just … yeah. I loved it, if you haven’t guessed. Enormous pot of tea and a very large cake, but don’t eat any of it.

“Noemí’s father said she cared too much about her looks and parties to take school seriously, as if a woman could not do two things at once.”

The City We Became, N. K. Jemisin. An inventive, intriguing story about the birth of a city, which goes horribly wrong when an enemy attacks. I guess I’d call it fantasy, but only because I wouldn’t call it sci-fi, and basically it’s just weird and wonderful and completely fascinating. And well-written. And weird. And has some fun reclaiming of Lovecraft, and great characters, and I want more. Lots of coffee for the city that never sleeps. And, I don’t know – really good doughnuts.

“Nothing human beings do is set in stone–and even stone changes, anyway. We can change, too, anything about ourselves that we want to. We just have to want to. People who say change is impossible are usually pretty happy with things just as they are.”

― N.K. Jemisin, The City We Became

The Flood, Maggie Gee. I really enjoyed almost all of this. The set-up of a near-future world half-drowned by floods while everyone just puts their wellies on and gets on with things was a little unnerving, given how we’ve seen the way in which we have, in many ways, just carried on in some imitation of normal in the face of a global pandemic, waiting for it to go away. Humans are less adaptable than just very good at compartmentalising, sometimes, I think. The book offers contrasts between how the rich and the poor are affected by the same global conditions, and an almost desperate sense of how we tend to will things to be okay, in something like blind optimism. So I liked everything until the end, where I was left mostly confused. A large tea in a floating thermos, and a sandwich in a Ziploc bag, thanks.

“Human beings were impossible, she decided: they wrote the words, a great flood of words that was meant to explain and record the whole world, then they fought the wars that destroyed the lot.”

Anxious People, Fredrik Backman. I have yet to read a Backman novel I didn’t like, even if (like Beartown) they broke my heart.This is no exception. From a strange set-up – a group of people held hostage in an apartment by a bank robber who didn’t manage to rob a bank – it explores the connections between them, and the way in which each of us is, essentially, just doing the best we can. And however we look from the outside, what’s inside can be so entirely different. A large takeaway pizza and all the tea.

“We need to be allowed to convince ourselves that we’re more than the mistakes we made yesterday. That we are all of our next choices, too, all of our tomorrows.”

And that is all for this last video on 2021, lovely people. I hope you have some amazing books lined up out there, and if you’d like to leave a comment below on your favourites of the last couple of months, or if you’ve read any of these and your thoughts on them, I would, as always, love to hear from you!

Otherwise look after yourselves out there, lovely people. Make sure you’re taking time out to recharge, to read or nap or walk or create or do whatever feeds your soul. It’s been a long, tough year for all of us. Don’t feel anything has to be perfect at the end of it. Surviving 2021 is plenty. It’s worth celebrating, and so are you.

I’ll see you next week with a dark little Christmas tale!