A Moment of Absence & the Naming of Dragons

A dog called Shorty, a trip to Fiji, an unexpected smoked fish and an expected loss, among other things. Also dragons. 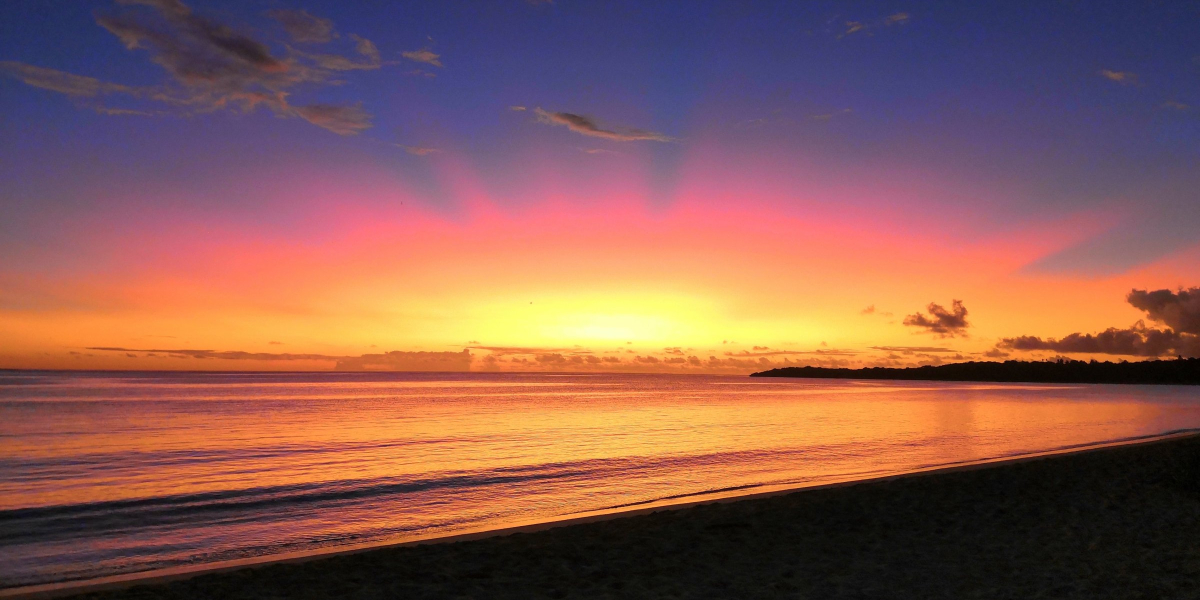 Okay, more than a moment of absence, admittedly. And I do realise that it’s also not Blog Day (aka Wednesday), although it would’ve been an easy mistake to make, given how confused I am about what day of the week it is (also what month it is, and I’m honestly not quite clear on when we got to the 2020s? I overheard a group of young American women in rugby shirts chatting in the airport the other day, and two of them were (very gently) teasing another for being born in 1997. My first thought was that she was very young to be off on an international sports trip. And then I realised she was twenty-five, not fifteen, and I am officially old, as she still looked pretty young to me …).

Anyway. I had a point. Yes – it is not Blog Day, yet here we are with a blog (or here I am, anyway), and I’m just going to go with it. Otherwise it’ll be another week, and by that point I may have forgotten entirely how to do this blogging thing. As it is I seem to have formed some sort of unnatural attachment to parentheses (I think this probably says something about my thought processes at the moment. Full of distracted asides and missing streets and dark alleys that lead to mysterious doors and upside-down staircases and trees that just don’t look quite right. And someone’s spilled the tea, I can tell).

I have two things to talk about in this blog post. Firstly, I travelled! This is exciting. It was exciting. And weird. And reminded me that it’s been a while since I did so, because I forgot to take my watch off at security and so set off the body scanner. It’s been a long time since I forgot something that simple. But, mild embarrassment aside, I will say this for having an enforced break (even though I realise I did travel last June while the NZ/Australia travel bubble was open, a year without travel is pretty unheard of for me) – it was exciting again.

The weird rush (even when prepared) for the airport, the hustle through checkout and security, then the wait … and wait … for boarding and finally, finally the take off … It all left me with a delighted anticipation that I haven’t had for a long time. Travel had become routine, just a shuffle onto the plane, a tedious wait, and a shuffle off. It was a thing to get through that bracketed the things I actually wanted to do. It was nice to remember that it’s actually a ridiculously wonderful thing, to step into a metal tube in one country and be disgorged again in another, having swooped about the sky like an unwanted meal in the belly of a sedate albatross. Which is not the nicest simile, now I read it back, but I did warn you. Mind the sofas.

The other reason it was exciting, of course, was that I went to Fiji to sit on a beach and do basically nothing. Which I’m really bad at, but I discovered an unexpected talent for it. I walked on the beach in the mornings, usually accompanied by one of the resort dogs (we christened her Shorty, with great imagination, as she had very short legs), and found shells at the edge of the water and watched the occasional surfer and the many, many hermit crabs doing hermit crab things (either fighting or possibly the opposite. Not sure).

I went for long swims after breakfast, up and down the length of the beach with the sun on my back and the water warm and salt and silken (and full of tiny bits of seaweed that tried to take root in my hair, but that’s not quite as picturesque). I read a lot and wrote a bit, and bobbed about in the pool or the sea, depending on what took my fancy (and how many people were in the pool, because ugh, people).

I also struck up a friendship with the resort cats, and I can say I approve strongly of any resort that provides animal companions for their guests (I’m fairly sure the aforementioned animals weren’t actually invited, but details, you know). It was restful and fun and funny in many parts, because while Fiji isn’t where I grew up (that was Tonga), there are many similarities, and part of me is always home in the islands.

And it was healing, which I needed. Because the reason for my absence, and for the trip away (and the second subject of this blog), is that my Dad, namer of dragons, teller of funny and somewhat truthful (if often rather stretched) tales, wonderful friend and frequent setter of terrible but entertaining examples, passed away in May (on Friday the 13th, to be exact, which was both very on brand and something I know he’d have found suitably entertaining). I was so lucky last year to be able to get back to NZ through all the travel restrictions and quarantine and the rest, and have the freedom to just decide to stay. It meant I had a whole year with him I’d not have had otherwise, and it was both heartbreaking and such a privilege to be here till the end.

After, his girlfriend and I had a memorial gathering at the house which was informal and beautiful and fitting, and involved no flowers but a lot of rum (we only bought one bottle, which was not enough for Dad’s friends, but luckily there seemed to be a general, unspoken assumption that it was B.Y.O. Also someone brought an entire home-smoked fish, because I guess that’s a thing you bring to a wake? I want to put that in a book now, but I’m not sure it’s believable …)

Three days after the memorial, Dad’s girlfriend and I flew to Fiji and sat on a beach and ate a lot and talked to the local animals but not many people, and it helped. We’ve been home a couple of days now, and everything is different and nothing will ever be the same, but that’s okay. Things are okay. We’re okay.

So that’s why it’s been quiet here. The last month has been a lot, and I’m coming back to work and writing as gently as I can, armed with lingering Fijian mosquito bites and leftover smoked fish.

But I wanted to put this here, although many of you will have read it before:

A while ago, when my writing was going in a different direction, I came down and met Dad and his girlfriend in NZ. I had about a month sailing with them, and one day as we were heading north along the coast Dad and I were sitting on the sidedeck in the sun (it was September, and chilly still). The autopilot was on, the wind was light but in a good direction for reaching up towards Whangaroa, and we’d been listening to the marine forecast.

“Bloody Beaufort Scale,” Dad said. “Pointless. I don’t know why they still use it.”

“I like the name,” I said. I like the scale, too, really, not so much for its usefulness as for the almost poetic nature of its descriptions.

“Badgers don’t have scales,” I replied. “It’d have to be an armadillo or a dragon or something.”

And not long after that, Beaufort Scales was born, complete with a taste for condensed milk sandwiches, which I have never had but which Dad swore he and his brother used to have all the time. Which explains the genetic origins of my sweet tooth.

(As for Beaufort’s character … well, let’s just say that Dad’s favourite dragon was Lord Walter, and there may have been some small and incidental similarities there …)

Normal service, as far as that goes, will resume soon. Thanks for your patience, lovely people.

Now let me know below – have you travelled since restrictions have eased? Or are you planning to? Let me know where you’re heading below!