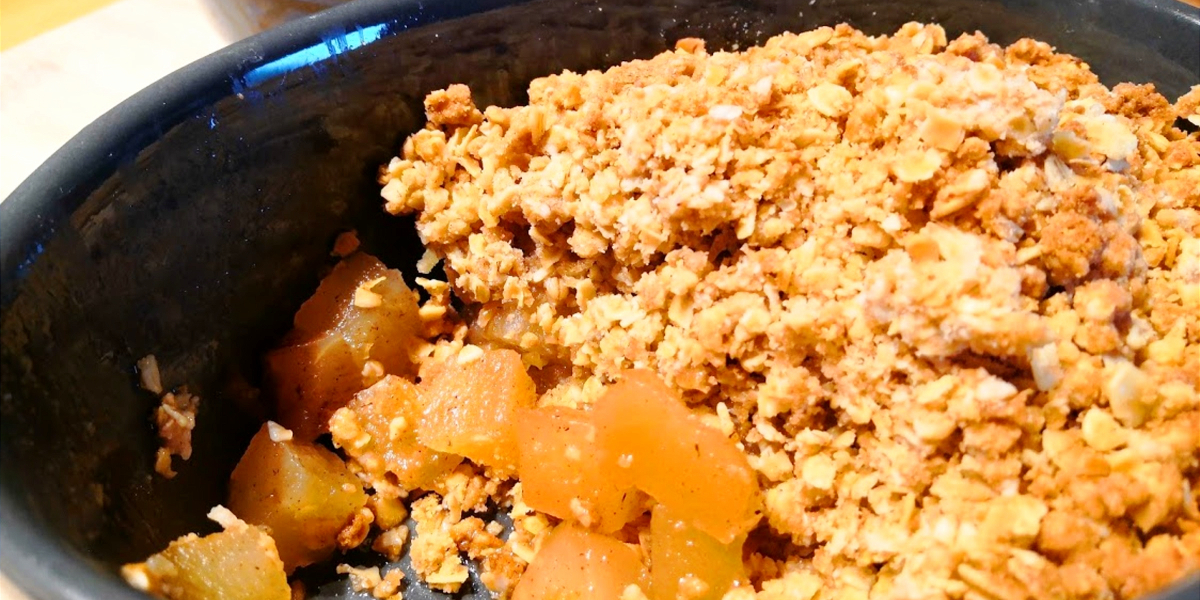 Sorry. Where was I?

Right. Food. That was it.

I think we can pretty comfortably say we’re divided into two camps at the moment – those who tend to keep well-stocked cupboards and are currently not in the least bit bothered by the bare shelves in the supermarket, and those who are cursing every person who picked up an extra box of pasta just in case.

Being a boat-type person from way back, I have squirrel-ish tendencies, and never feel quite comfortable if I don’t have a spare of everything (as, in the part of the world I grew up sailing in, you never counted on getting decent provisions anywhere). I also seem to have, at some point, bought a bag of every dried bean variety possible and never used them? Not sure what my plans were there.

But that in no way helps me when it comes to fresh stuff, or to the fact that the biscuit and tea aisles are empty. Which is obviously going to result in disaster very soon, as these are vital to both happiness and the making of the words.

We can have apple crumble, which has got to be the best comfort food around (at least for me), and we can work on some biscuit replacements. My full apple crumble blog is below (because I was really organised and wrote it before things got weird), and I also have a few options on the site already that may help us out when some of the fresh stuff runs low.

So let’s get to it before I remember how much I miss my Dark Chocolate Digestives. *sobs*

(And if you’re looking for non-baking things to do, check out last week’s blog for a load of links!)

No Eggs, No Milk, No Butter

For some reason I hid the cake behind the fruit in all my photos. I guess the fruit *is* prettier?

Emergency chocolate cake for the win! This is easy, fast, and so good you’ll want to make it even when you do have all the ingredients. Trust me on this on.

And it doesn’t actually need icing.

But if you have icing sugar …

No flour for baking? That’s okay. You’ve got this.

If I’ve run out of my utterly vital chocolate biscuits, Porridge Cakes are by far my favourite go-to. They’re fast, easy, and the resulting cookie-type things last ages. Well, they would if I didn’t eat them so quickly.

Look, there are certain things I just have to own being lazy about. I actually don’t mind kneading bread – it’s quite a lovely thing – but the deciding to do it just never happens. So may I present No Knead Cinnamon Raisin bread?

Fast, easy, glorious. Just mix and forget about it overnight, then come back and bake it the next day. I’ve also tried it as olive bread (so good!) and just plain. It’s from an original recipe by Jim Lahey, which you can find here.

And finally, apple crumble, which is easy, fast, and pure comfort food.

As has been mentioned before, I have a strange relationship with apples.

I don’t mean we fell out at a family gathering in 1997 and now greet each other with stiff formality, or that I’ve interrupted them in a private moment and now can’t look them in the eye.

No, I just can’t seem to decide if I like them or not. I go through stages of buying them, and if they’re small enough (I get bored part-way through eating a large apple) I’ll even eat them very happily. Until suddenly I discover there’s been two of them languishing in the fruit bowl for a fortnight because I just sort of forgot they existed.

Apple desserts, on the other hand, I am not so ambivalent about. My old favourite squidgy apple cake remains my unbeaten favourite, although the recent discovery of an Ottolenghi cake that’s best made at least a day before you eat it (and, edit, if you freeze half it’s amazing when thawed) means I almost followed the recipe. Almost.

And apple crumble (crisp, I think, to any American readers) is just pure comfort food.

Crunchy on top, a little stodgy where the apples have softened the crumble, full of cinnamon and brown sugar and … sorry, I just need to wipe the drool off the laptop. We always had it with custard when I was a kid, although I’m a cream covert as an adult because otherwise it all gets a bit too sweet.

And, as I have two abandoned apples and am trying to avoid making cakes and cookies while the SO’s away (yes, I know I could freeze them, but the truth is, I don’t. I just eat them all. I eat them all), I decided it was time to resurrect the crumble.

Now, you could do this in the microwave (as many recipes suggested, when baking just one serving), which would make it super quick, but then you wouldn’t get the nice crunchy top. So I opted for the oven, and used my old recipe which is done completely by eye. I weighed stuff as I did it so I could actually provide some measurements, but, you know. It’s flexible. Adjust to taste.

Apple Crumble for One (or Maybe Two)

Toss apples with a sprinkling of spices and enough sugar to sparsely coat (this is why soft brown sugar doesn’t work so well – it tends to clump). Add dried fruit, if using. Test, obviously, because yum.

Fill one to two (depending on how many people you’re feeding/how hungry you’re feeling/how big the apples are) oven-proof dishes or mugs with the apple, leaving room for the crumble mix – I’d say leave between a quarter and a third of the dish free.

Combine sugar, spices, flour and rolled oats, then rub with butter or non-dairy equivalent until the whole mix is combined. It should juuuust stick together (with bits crumbling off) when you squeeze a handful. If it’s too sticky and looks like it could turn into pastry, add more flour. If it’s not sticking at all, add a little more butter. Mix in any additions such as nuts.

Top apple mix with crumble mix and bake until top is browned and crispy, and apples are bubbling – about 35 minutes.

Allow to cool just enough to devour with lashings of custard, cream, or ice cream.

Notes – if you like your apples more well-cooked (I like mine with a bit of bite still), cook them first in the microwave or on the stove – just mix with sugar and spices as above then cook until squishy enough to your taste. If using a pan, you may need to add a splash of water if they seem like they might stick, but usually it’s not necessary.

If you made two, you can either bake both straightaway and just reheat the second one in the microwave (the crumble will be soft, but it’ll still taste amazing), or store half the crumble separate to the apples. Just top and bake when ready.

You can really mess around with substituting here and make it pretty healthy by reducing the sugar right down and/or using sweeteners, and keeping the crumble to apple ratio a lot lower. Using non-dairy alternatives to butter means it’s perfect for vegans, and if you grab some gluten-free oats and use almond or coconut flour it’ll be perfect for anyone eating gluten-free. And most fruits will do – I’d mix berries with a firmer fruit so it doesn’t all go to mush, and adjust your spices to suit your fruit. Pineapple with ginger and nutmeg plus some desiccated coconut chucked in the crumble is glorious.

And, of course, if you’re feeding more people (or feeling particularly hungry), just double or triple the ingredients as needed. The keen-eyed among you may notice that it’s easy to scale up and down, because it’s basically 2 rolled oats : 1 of everything else. Easy, right?

Now over to you, lovely people – what have you been making in these strange days? Let me know below!