What do certain biscuits evoke for you? Gingernuts make me think of my Cuppa Tea… 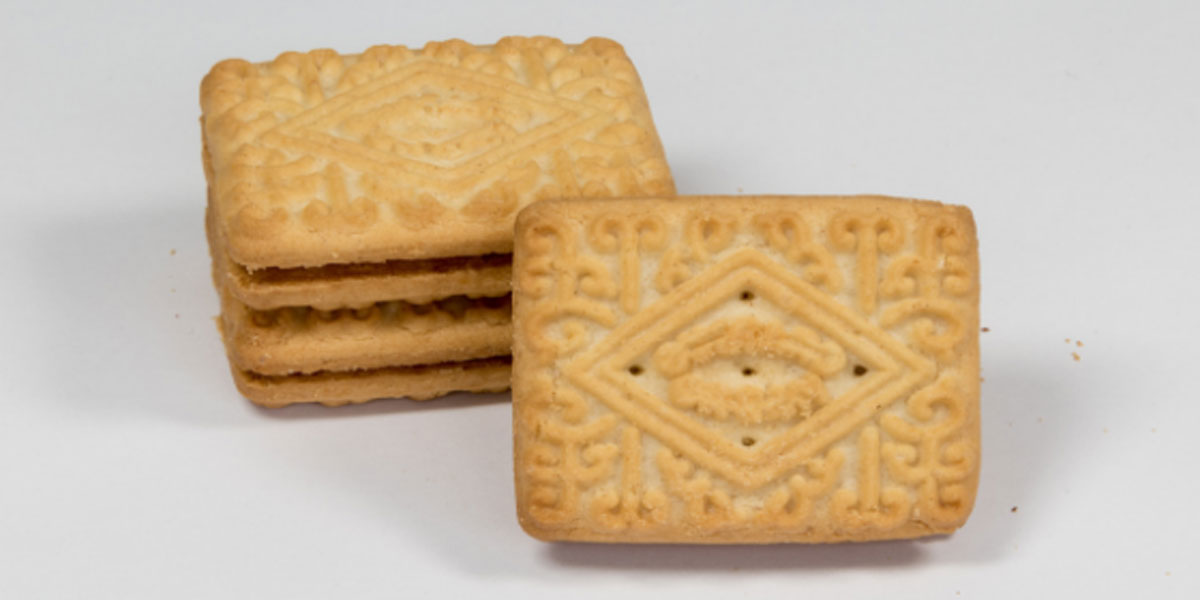 What do certain biscuits evoke for you?

Gingernuts make me think of my Cuppa Tea Nana, who had a beautiful soft white perm and wore strings of fat round bead necklaces, and still sounded as if she’d just popped over from Scotland for a visit even after more than three decades in New Zealand. She always had them for dunking them in her, yes, tea.

Shortbread reminds me of Rocky Bay Nana’s next door neighbour, who had a garden full of bees and lavender and baked the most incredibly delicate shortbread. (And, yes, they lived in Rocky Bay. Our nicknames were admittedly not particularly inventive.)

Rock Cakes (which aren’t too far off Fat Rascals) remind me of Rocky Bay Nana herself, who got all her water from a creek at the bottom of her hill. One of our chores when we visited was cleaning the fallen nikau palm fronds out of it. She also had a long-drop toilet out in the garden, and nasturtiums grew in through the slats in the walls and tickled your arms when you went out there in the middle of the night.

Tea, a book, and homemade custard creams. Fit for a dragon, that is.

Cameo Creams and Shrewsburies (which seem to be an awful lot like Jammie Dodgers) take me back to working on dive boats in Tonga, where they formed an alarmingly large part of my diet. Hey, I was 18. The long-term consequences of a biscuit-based diet were still very much in the long-term.

But custard creams, as lovely as they are, aren’t one of those biscuits that bring back memories for me.

I am not convinced I ever had them in New Zealand. An internet search informs me that they do exist there, but I don’t remember them. I do remember Mum making chocolate cornflake slice thingies with mint icing on them, and (on special occasions) chocolate truffles that I wasn’t allowed to have because a key ingredient was rum-drenched raisins. As far as bought biscuits, there were various ridiculously sweet chocolate-coated things that I’m pretty sure Mum didn’t approve of, so were probably only had on Sundays after Dad and I had been to the shop on Saturday afternoon and stocked up on junk food. But I don’t remember custard creams.

Which leads me to believe that I likely didn’t encounter custard creams until I made it to the UK in my (very) early twenties. This makes sense, as I consider them to be a particularly English biscuit, along with Bourbons and Hobnobs and Jaffa Cakes (which I remain unconvinced by. What sort of biscuit can’t decide if it’s a cake or not?). They are also the sort of biscuits that I had never actually considered baking, until the SO mentioned making them at work once. Since then, the idea of homemade custard creams has stuck with me. Because, really. Custard. Biscuits.

They also seemed very well-suited to the Toot Hansell Women’s Institute. Terribly English, a little fiddly, unassuming yet incredibly tasty, and requiring not a little skill to put together (although, seriously. I managed it with only a teeny bit of assistance from the SO, and that was just due to the shocking discovery that we don’t own cookie cutters. I know. A pastry chef and a baking-lover, and no cookie cutters. Or pastry brush. Or, actually, much in the way of baking sheets that aren’t delaminating…).

But wherever I came across them first, I do love them. Buttery, softly crumbling biscuits stuck together with thick, rich cream, all tinged a delightful yellow and tasting of childhood comfort food.

Actual custard creams. Which are good, but…

One little note – this recipe can be found in A Manor of Life & Death, Beaufort Scales’ third dragonish cozy mystery, and my lovely editor Lynda mentioned that she hadn’t heard of custard powder. I guess it’s an English thing that NZ and Australia acquired as well. In the UK the go-to brand seems to be Bird’s, while in New Zealand it’s Edmond’s (not sure about Australia). But I seriously didn’t realise until I was well into my twenties that you could make custard without it.

The ingredients, helpfully, are listed as maize starch, salt, flavouring, and colour. But a little digging informs me that you can substitute vanilla pudding mix in the US for a similar flavour, although perhaps not the same vibrant yellow…

Custard powder. With daisies. Because, weirdly, I couldn’t find a stock photo of a tin of custard powder…

Combine flour, custard powder, and baking powder in a food processor, and pulse to mix.

Add butter and pulse until you have delightful yellow crumbs, then add sugar and give a quick whizz.

Mix egg and tablespoon of milk together, then add gradually to food processor while it’s still running. The dough should clump together – you may not need all the egg mix, or you may need to add more milk. You want the dough to be just sticking together.

Turn dough out and either work into a flat disc (if you’re using cookie cutters) or, for those of us who aren’t as prepared for baking as we think we are, form into fat sausages the circumference you want your cookies to be. Either way, wrap them in clingfilm and pop them in the fridge for 20 minutes or overnight.

Ready to continue? Okay – preheat the oven to 180°C/350°F. Either roll your dough out to a thickness of about 4 mm and get happy with your cookie cutters, or slice your dough sausages into 4-mm-thick discs (kind of wobbly discs, if you’re me).

Cook for about 15 minutes, or until they’re just getting the faintest tinge of gold. Cool.

For the filling, combine all the yumminess in your food processor and blitz away. Then smear it generously on your biscuits and sandwich them together. Fair warning, though, they’re pretty fragile. Don’t get too aggressive with the spreading.

I think that icing to biscuit ratio is looking pretty good.

Eat and be happy.

Now tell me, lovely people – what memories do certain biscuits (or cookies) evoke for you? Let me know below!