A Dragonish Q&A with Beaufort Scales

Alright, lad. No need to get sniffy. Old dragons will learn new tricks, we just take a little while… 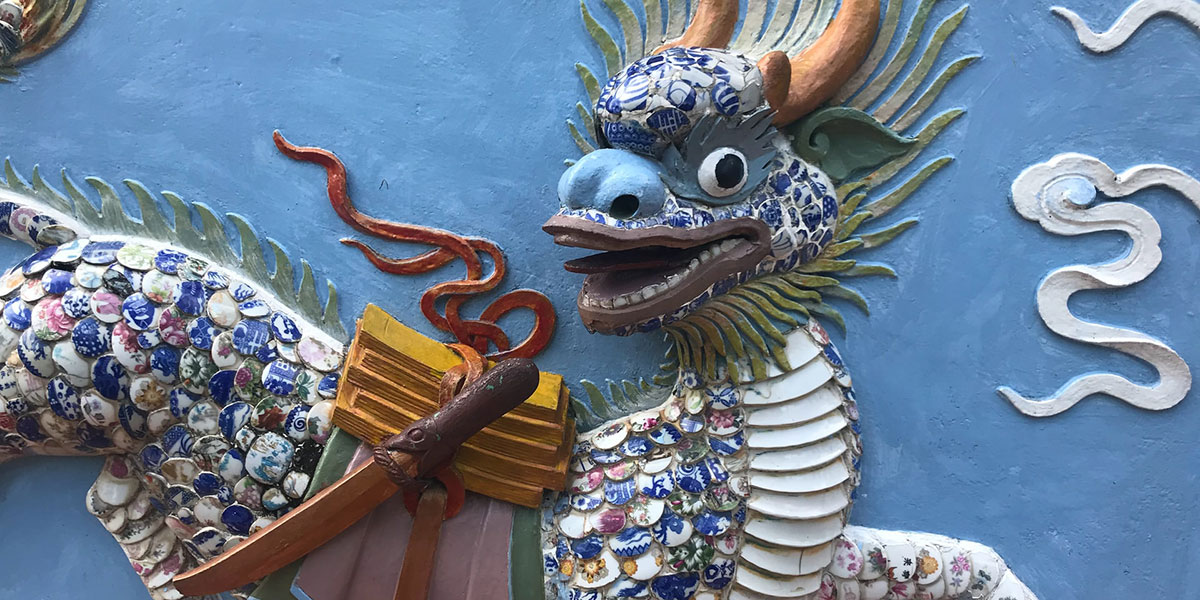 Introducing Beaufort Scales, High Lord of the Cloverly Dragons and lover of tea, cakes and barbecues, if you haven’t met before.

Beaufort: So, what are we doing, Miriam? Lovely scone, by the way.

Miriam: Thank you, Beaufort. And we’re going to do a blog.

B: Which is neither a bog nor a log, or any combination of those?

Mm: No. It’s just an article, really, but it goes on my website instead of in a newspaper.

*Mortimer sighs loudly in the background*

B: Alright, lad. No need to get sniffy. Old dragons will learn new tricks, we just take a little while to do it.

Mm: Okay, so – can you explain to the readers who the Cloverly dragons are?

B: Of course. We are a very ancient clan, and have been living in the area ever since that whole St George incident made us decide we were best to move to less populated places. I saw that, you know. High Lord Catherine was sleeping, and he just –

Mm: Oh dear. Maybe we should move on…?

B: There’s a whole day devoted to him! Where’s High Lord Catherine’s day?

Mm: Well, that does seem unfair –

B: And a flag! St George’s cross! Cowardly monster. And did we take revenge? No! We just moved away and left the humans to it! Some days I’m not sure that was the right choice. Maybe we should have taken a stand against such vulgarity, then and there!

Mm, hissing: Mortimer, what do I do? He’s going to scorch the tablecloth!

Typical. Making High Lord Catherine look ten times the size of that ‘knight’, rather than her true size- that of a Shetland pony.

Mortimer: Beaufort, sir? Would you like some more tea?

Mm: So, what made you decide to, um, visit with humans again?

B: Well, that’s all down to Mortimer, really.

B: Yes, lad. First that clever idea of changing our definition of treasure, then those wonderful baubles you created to enable us to actually start trading – wonderful!

Mort, spluttering: I didn’t – I never – it was meant to be all anonymous!

B: Nonsense. And then you made friends with Miriam here, and she introduced us to all her Women’s Institute friends –

Mort, faintly: I think that was called you gate crashing a meeting, not being introduced.

B: And then it became very clear that the WI needed our help when the vicar was poisoned last summer, and you were ready to help straight away.

Mm: Mortimer, are you alright? Your tail’s gone blue.

B: Mortimer, I think you could use another cup of tea. Sit down and leave your tail alone. You’re not helping, worrying at it like that.

B: Miriam, do you have any cream? It goes terribly well with scones, and it always seems to calm him.

Mort, indistinctly: I shall be fat and bald. Fat and bald and stressed.

Mm: Does everyone have enough scones and tea? Okay, let’s talk about something else. Beaufort, you’ve been High Lord for centuries-

B: Ever since High Lord Catherine was slaughtered.

B: Oh, what a terribly exciting question! It’s been wonderful. Humans are so interesting. You never rest, do you? Always something. Trains, and cars, and airplanes, and rockets. Satellites up among the stars, and people on them. People! Such clever things, you humans. But at the same time you don’t change a lot. Still fighting with each other over everything, and never looking up from all the clever things you’re doing to really appreciate everything. What else? *pauses thoughtfully* Vegetarianism. Yes. Vegetarianism in dragons. I mean, humans are always a little odd, but dragons? I consider myself very tolerant, but that is strange.

B: And village fetes. The standard of cake has really gone up in the last millenia.

Mm: So, the biggest changes since the days of St George are vegetarianism in dragons and cake?

B: Well. We notice the small stuff, don’t we? The big things are wonderful, but it’s the small things we really live, don’t you think?

B: And there’s no point dwelling on the changes that help no one. This is a positive glob, isn’t it?

B: Anyway, I think there’s more positive than negative. All species have their funny little scuffles and problems. But, individually, you’re all quite lovely. And you do all these things to connect to each other, like the twitter. All these little people living in the machine and chatting to each other and supporting each other. It’s wonderful!

Mm, talking over Mort: You’re right, Beaufort. It is kind of wonderful, isn’t it?

B: And having human friends again is a beautiful thing. It teaches an old dragon all sorts of new tricks.

*Mortimer sighs heavily and picks at his tail*

B: What else do you want to talk about?

Mm: I think that’s perfect. Unless you have anything else to say?

B: Hmm. Only that too many humans think they are very small and unimportant, and it makes them sad, or angry, and sometimes hurtful. But every one of you is beautiful and wonderful and fascinating, with the most astonishing thoughts and ideas and potential. You should all remember that, and tell each other the same every chance you get. *pause* Mortimer, do stop picking your scales. You are far too young a dragon to be having a bald tail.

Mm: Mortimer, do you want some more cream?

B: Come on, lad. A scone, some cream – maybe a little something stronger?

Mm: How about hot chocolate?

Mm: With Baileys and cream?

B: Well, I certainly want one. Come on, lad.

Mort: I guess I could.

B: There we go. Hot chocolate. Chocolate in general! That’s another wonderful advance!

Mort, whispering: He’s so enthusiastic. It hurts my head.

Mm, patting him on the back: I know. I’ll make you that hot chocolate now.

B: How’re you feeling, Mortimer?

B: There we are, then. Life should always be contemplated with plenty of tea and cake. And spiked hot chocolate, when necessary.

Mm: And that is a universal truth.

Do you have any questions for Beaufort? Ask away in the comments!

And if you enjoyed that little insight into the world of Beaufort, you might want to jump over and check out Baking Bad, the first of his cosy mysteries, or sign up for the newsletter to get a free collection of Beaufort stories straight to your inbox!