A second instalment of fantastic French food, this time featuring crêpes and gougère. And cheese. Lots and lots of cheese. 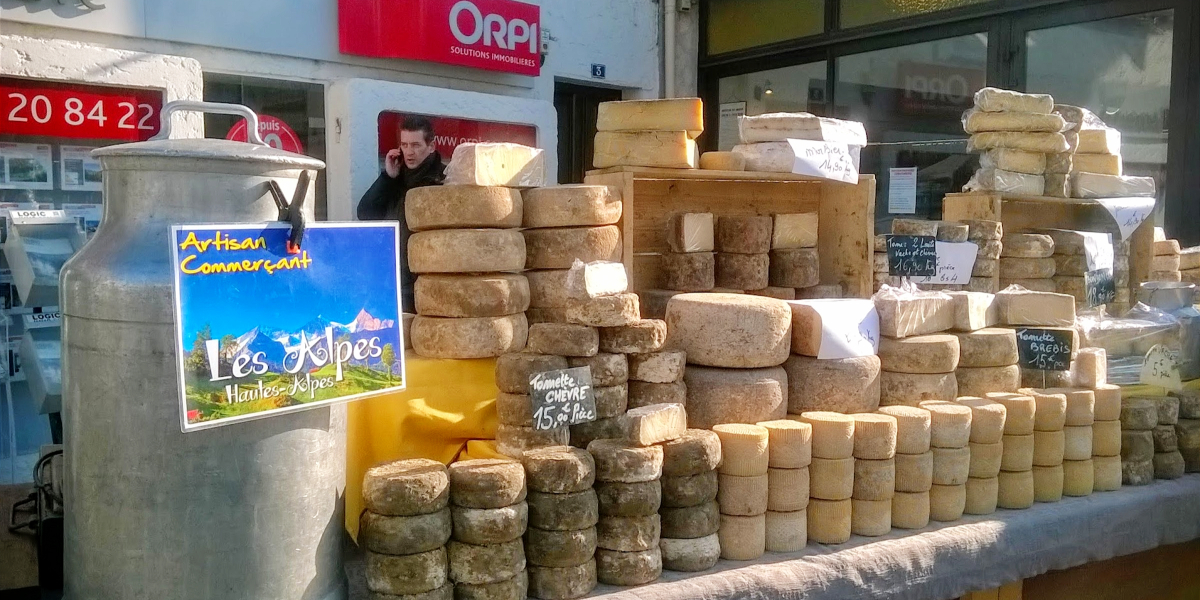 So I have been back in New Zealand almost long enough to feel human again (thank you jetlag + nasty cold for being such a super-fun combo), and not at all long enough to start recreating the lovely food I had while in France.

Definitely long enough to be having cheese withdrawal, though.

Which is why one of the recipes below is on my Must Make As Soon As Humanly Possibly list – it is ridiculously good, wonderfully easy, and … well, cheese.

In fact, both of these recipes could be considered cheese-related, as the one for crêpes lends itself nicely to being finished off with a little blue cheese and salad greens for the savoury course. Because why have crêpes for dessert when you can have them for dinner and dessert?

If you missed my previous posts about cheese France, you can jump over for a mostly non-food-related (but very photo-heavy) post here, or else you can read part one of the French food posts here.

And, as I mentioned in that previous post, in this visit I spent half my time up in the hills, in Caille, and the other half down on the coast in Antibes. I previously lived in and around Antibes for almost five years altogether (there was brief hiatus after the first year when I was in Australia), which is the longest I’ve lived anywhere as an adult. Which probably says something about both the friends I made there and the place itself. They’re pretty magical.

Antibes is an old fishing town tucked behind hefty fortified walls, and while it’s become a hub of the superyachting industry these days, it still retains so much of its charm. As busy and overrun as the streets get in summer, as tourist-packed the beaches and crowded the waters, it still has its quiet, shaded streets of blue shutters over old cobbles, and houses leaning across lanes to whisper secrets to each other. It’s a town that’s lived in, not just turned over to tourism, and in every corner you glimpse quiet lives being lived and loved and celebrated.

And also has some really good cheese shops (fromageries). Not that I have a fixation or anything.

Anyway – onwards to the recipes!

Combine water, butter and salt in a saucepan, and heat over a low heat until the butter’s melted.

Take your pan off the heat, chuck your flour in and beat furiously with a wooden spoon (great for a bit of light stress relief). Once it’s all come together, pop it back on the heat and keep beating until it starts to come away from the sides of the pan.

Take your pan off the heat again and add one egg. Beat furiously again (this counts as your upper body workout for the day), until it’s almost all mixed in. Repeat with the other two eggs, and once they’re all in keep beating until the mix is smooth, glossy, and coming away from the sides of the pan again.

Mix in your finely chopped cheese – it won’t melt, so little lumps is fine. Little lumps of cheese are yum.

Dollop your mix in little heaps on your prepared tray – we got about 24 out of it. Bake for about 20 – 25 minutes, or until well-browned. Do not open the oven door while they’re cooking, as this may make them collapse (I very nearly committed this cardinal sin).

Eat with a big serve of green salad, and don’t expect leftovers if there’s more than two of you. (They would make great nibbles for a group, though.)

Note: You could leave out the cheese and add 20 g / 2 1/2 Tbsp powdered sugar instead for a sweet version.

Note the second: we used eggs straight from the fridge that were medium-size-ish. Bigger eggs or room temperature eggs may result in things not working quite the same.

So this is less a recipe than a starting point for a lovely dish, which consisted in many ways of Sophie saying, “You just need to see what it feels like.” Which is a wonderful way to cook, and I approve hugely, but which also isn’t the easiest to explain in blog format. But there we go. Experiment, test, and, as she pointed out, just use less water at first, because it’s easier to thin out the mix than it is to thicken it up.

Combine the flour and sugar (if using – we used the same mix for both savoury and sweet crêpes, and the sugar didn’t make the savoury ones too sweet). Using a whisk, add the eggs and mix lightly (it’s all going to be a bit gluggy here).

Now add the water bit by bit, mixing steadily. Give yourself a chance to work any lumps out early on, as it’ll be easier. You’ll probably end up using somewhere around equal quantities of water to flour, by volume. Stop when the batter is quite thin – it should pour easily off a spoon.

Cover your mix and leave it to sit at room temperature for an hour.

Heat your biggest frying pan to medium heat and give it a wipe with an oiled paper towel.

Add some veggie oil to the mix – it looked like around 2 Tbsp to me. Enough to give a little film on the top of the mix. Whisk again, and check your consistency (it’ll have thickened a bit while sitting). You want it to be thin enough to run easily across the pan, and to form that lovely wafery crêpe.

Your first crêpe is a bit of a practise – spoon a small ladle’s worth (about 1/4 cup? Depends on the size of your pan, of course) around the hot pan, angling the pan as you do so that the batter spreads nicely. Cook until the bottom is browned in spots, then flip (you might or might not get a usable crêpe from the first effort. It’ll still taste good, though. If it’s nice and thin, awesome! Continue. If not, you might want to thin the batter a bit before your next go).

If you’re using a topping you want to heat (cheese, an egg, cooked meat), add it now in a line down the centre third of the crêpe. Once the new bottom is starting to brown, fold the sides in over the filling and give it a little longer, then serve!

Notes: These are best eaten straightaway, while still warm, so it’s helpful to have two cooks who can take turns eating and cooking. You can freeze the untopped, cooked crêpes, though.

As far as fillings go – whatever you fancy! Blue cheese and walnuts and rocket. Cooked mushrooms and spinach and an egg. Roasted red peppers and feta and toasted pumpkin seeds. Caramelised onions and goat’s cheese. Meat stuff (you’ll have to ask a meat person about that – ham and cheese, I guess?). And, of course, the sweet stuff – lemon and sugar. Fruit. Ice cream and salted caramel sauce …

And there we go. Two more beautiful recipes to bring a little France into your kitchens! (There would’ve been three, as Sophie also taught me her grandmother’s pasta recipe, but even though she gave me permission to share I don’t feel I’ve done it enough justice to share it just yet. Maybe once I’ve had a few more tries).

Sophie’s also an excellent photographer, and you should absolutely follow her on Instagram for some simply stunning art.

I put all that talent down to the cheese, personally …

Now tell me, lovely people – what’s the longest you’ve lived anywhere? Where’s somewhere you’d like to live (for the first time, or to return to) if you had the option? Let me know below, and happy cooking!