Fun is still a thing.Silliness still matters. I know, you’d be forgiven for thinking… 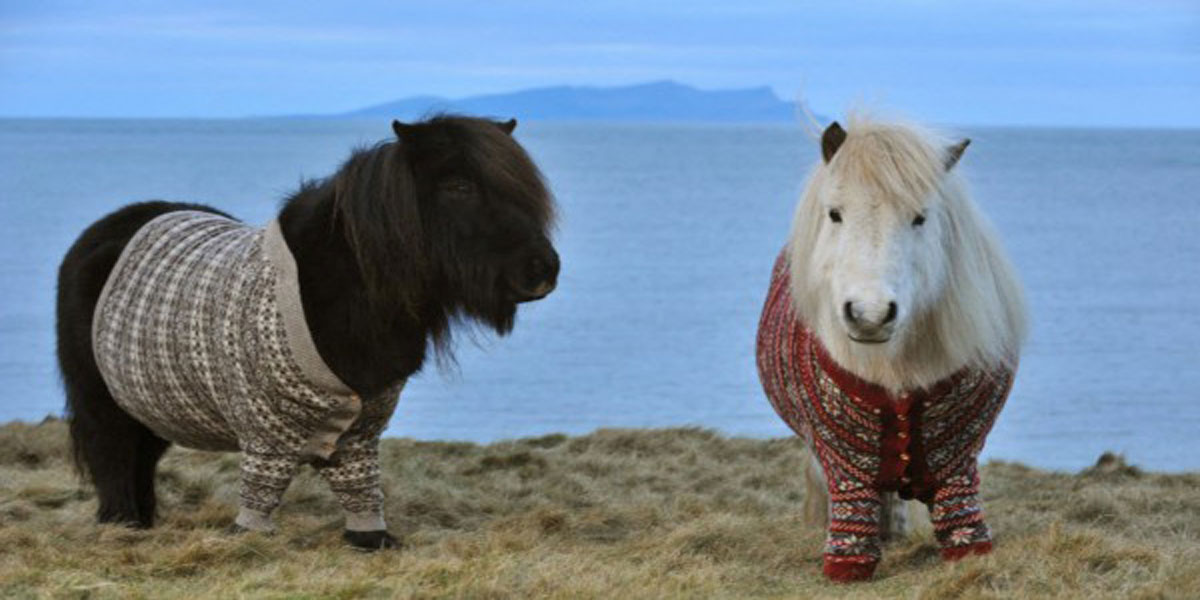 Fun is still a thing.

I know, you’d be forgiven for thinking that wasn’t the case, given the news, and social media, and the world in general. I veer from reading the BBC every morning to avoiding it entirely, depending on the day (or week), and I’d love to overhear a conversation that was less about how awful everything is and more about, I don’t know – marshmallow unicorns or something. On social media I’ve grown myself a bit of a bubble in which I share a lot of cute animals and silly memes, and generally try to avoid everything else. I know that’s not a solution, and I know it doesn’t help, but sometimes I really just want to believe that a video of a cat pushing another cat into a pool is all that’s needed to make things better. Or, failing that, a photo of Shetland ponies in little woollen jumpers.

How can this not make life better? (Photo from VisitScotland)

But that’s a pretty hard thing to believe, and when you write books that are less than serious – well, you start wondering if there’s room for them any more. If, maybe, it’s even a bit insensitive to be writing silly things while (at least according to the news) the world falls down around us. Because, you know, just worrying about the story itself isn’t enough …

Then we went to a comedy show in Manchester. We’ve been watching Russell Howard since his Good News days, and he’s moved on since then, but it’s still at the heart of his ethos – yes, things are kind of awful in so many ways, but they’re wonderful, too. And people are amazing, and they do amazing things, and we should applaud them and support them, and also laugh at ourselves as much as we possibly can. Because silliness matters, and fun matters, and if we lose sight of that all we do is make the world sadder and greyer than it needs to be. And it was such a wonderful reminder, because it’s an easy thing to forget.

Cats will always be awful. That’s why we love them.

We’re all angry, and sad, and hurt in different ways, and the world seems to revel in the idea that we need to be angry, we need to be raging against each other all the time, that there’s always an us and a them, a me against you. TV and movies celebrate hurt and drama, and the media feed us more and more things to be afraid of and outraged by, and some of it’s even true. Some things we need to be angry about, because otherwise nothing’s going to change.

But some of it’s just utter rubbish.

And an otter on a waterslide just isn’t enough to push back against it.

Although, that does help, right?

Then you go and watch a show by someone who deals with a political heckler by rolling around on the stage doing an imitation of a hedgehog (you had to be there), and who, instead of tearing down all the easy, well-known targets, raises ordinary people up and says, look! Aren’t they awesome? Aren’t they doing good things? Doesn’t that just make you happy? And manages to be very, very funny with it.

respite (n): a short period of rest or relief from something difficult or unpleasant.

And suddenly the world’s a little brighter. Suddenly you realise that yes, things are big and serious and scary, but they always have been. The shouting’s just louder now. And instead of drowning in it, or shouting back, sometimes we just need a little bit of silliness. A little bit of fun. We need to be able to laugh at ourselves, and at the world in general, and sometimes even at each other, but in a way that says, I see myself in you, not in a way that says I’m so glad I’m not you.

Maybe, when everything seems so fraught, we need more than ever to be laughing together. Because what brings us together more than that?

Now tell me, lovely people – what do you turn to when you need a break from all the outrage? What makes you laugh and lifts you up? Share it below, and maybe we can help each other find a bit of silliness in the world!

You know you laughed 🙂

And if you need some good news, the Telegraph does a wonderful weekly newsletter called The Bright Side, which is well worth checking out. There’s also The Good News Network, which does exactly what it says on the tin, and go check out Russell Howard, especially his segments where he interviews ordinary people doing wonderful things to help others. He’s fun. And silly. And that hedgehog impression…