How to Make the Perfect Cup of Tea 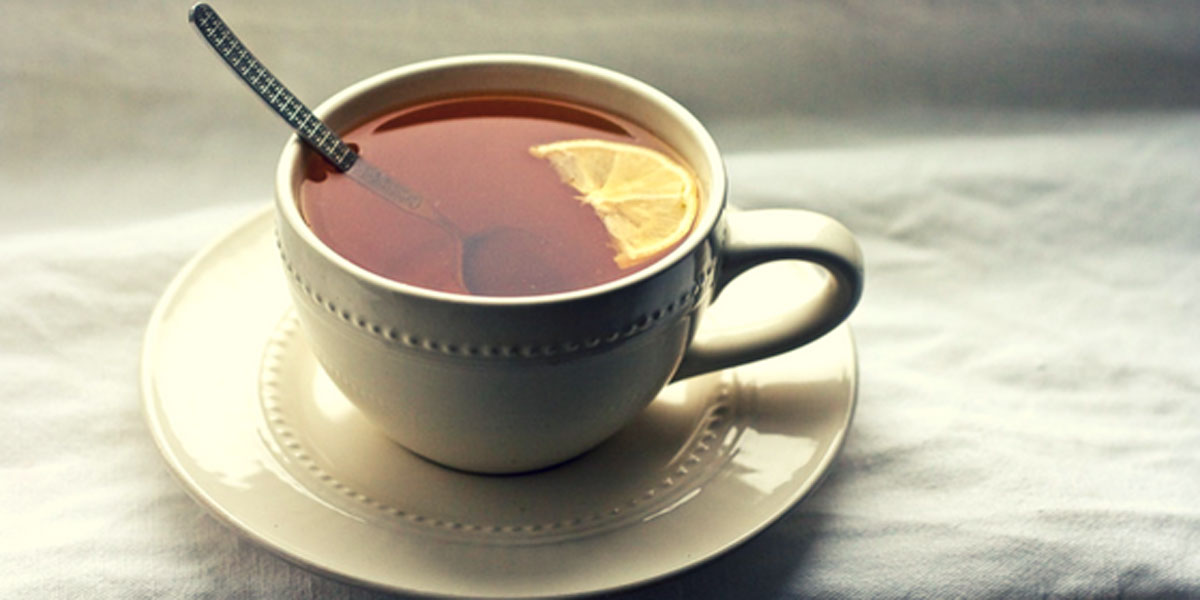 There’s always a lot of talk about coffee.  Coffee memes, coffee jokes, coffee almost-a-joke-but-not-actually-because-I-haven’t-had-my-first-cup-yet. New techniques, new blends, new roasting methods. Which is all good. But why is no one talking about how to make that perfect cup of tea? Why are the tea-drinkers being neglected?

Because, let’s be honest here – I don’t function without tea any better than a coffee drinker does without their morning cup of chemical dependence. And it’s incredibly easy to make a bad cup of tea. Incredibly. Personally, I’m of the opinion that a bad cup of tea is more undrinkable than a bad cup of coffee, although I’m pretty sure someone’s going to shout at me in the comments for that.

Pretty, but looks quite weak. And why is there a daisy in it? Was someone cutting the lawn?

I don’t get on with coffee so well. I love the smell, and I enjoy cold brew coffee for about a month in the summer (then I get bored and don’t touch it again for another year). I like frappes, and every now and then if it’s cold I’ll try some concoction generously laced with caramel syrup and possibly whipped cream. But, given the choice, I like tea.

Plus, tea’s important, particularly when it comes to cozy mysteries. I mean, an awful lot gets solved over a cup of tea. Disagreements, and domestic discord, and the question of who should bring the mini quiches to the next meeting. Also who the murderer’s trying to frame, and how to best keep dragons hidden from the suspicious gaze of certain overly-perceptive detective inspectors. The Toot Hansell Women’s Institute relies heavily on a nice cup of tea, and is always ready to share with dragons.

And the problem with that is it’s pretty much impossible to get a decent cup of tea.

Again, pretty. But I don’t want pretty. I want caffeine. And how do you even drink that?

I don’t mean at home, obviously. But pretty much everywhere else, unless you’re in the UK. I think they get taught how to make tea at around the same time as they learn the alphabet.

Alright, maybe that’s a slight exaggeration. Maybe tea lessons wait until the wee ones can see over the counter. But, in general, you can usually get a decent cup of tea at a cafe, a pub, or anyone’s house in the UK. Strong, served with milk and maybe a bit of sugar if that’s your preference, with no fancy flavourings or strange spices going on – unless you’re actually looking for a herbal tea, of course, but that’s a different question entirely.

I’m not going to even say what the colour of this resembles. But I’m not drinking it.

Anywhere else? Pretty hit and miss. Europe has a bewildering affection for Lipton Yellow Label tea, which requires about six bags to make one cup that even approaches the right strength, and I know my friends only have regular tea at home because I leave some at their house. Cafes are confused when you ask for tea with milk, so you end up with a tiny cup of watery milk (or just milk) with the aforementioned Yellow Label floating disconsolately in it (I will admit that my terrible French may have something to do with these miscommunications).

Australia and New Zealand have some pretty cool teas these days, but I still approach cafes with caution. Often the water’s not hot enough, so the tea doesn’t brew properly, then by the time you add the milk it’s so cold you have to gulp it down before it reaches that horrible tepid temperature that transforms it from elixir to dirty dishwater. That’s if the milk’s on the side, of course, and not slopped in with the not-quite-hot-enough water, meaning the tea never actually brews at all, just stains the water slightly.

Really, the only option is to a) carry your own tea bags with you (yes, I do this. My carry-on always has one Ziploc of toiletries, and one of tea bags. I know. Yes, I’m embarrassed of myself sometimes. Okay, regularly), and b) make it yourself. But what if you’re not sure that your tea-making skills are up to the standards of the Toot Hansell Women’s Institute, or that of visiting dragons?

Well. Allow me to present a handy guide.

Don’t leave the spoon in! Seriously, you’ll burn your fingers off.

How to Make the Perfect Cup of Tea

First, the eternal question: loose leaf or tea bags? Obviously loose leaf is more suited to Women’s Institute meetings and visiting dragons (or royalty), but you do tend to end up living with a sieve full of tea leaves in your sink. However, you get a cleaner, fuller flavour from the leaves, so you may have to base this one on personal preference (and tolerance for a messy sink).

There’s a school of thought that says, when using teabags, you should put the milk in with the teabag, before adding boiling water. I’ve tried it, but I have reservations – I can’t help but feel it cools the water down too much for the tea to be able to brew properly.

What are your thoughts, lovely people? Are you a tea or coffee drinker? Or neither? What’s your beverage of choice, and how do you prefer to make it? What are your pet hates when it comes to your favourite drink? Let me know below!

Note: I thought this was going to be a really short, silly blog. I’ve written over 1,000 words on how I prefer to make tea. I may have a problem. I’ll pop the kettle on while I think about it…

Note the second: Like the Beaufort Scales mug? You can own one! Jump over to the Zazzle store to choose your own — or sign up to the newsletter below for a chance to win one in the next giveaway!