Having had a very reading-heavy December, it was kind of a shock to go back… 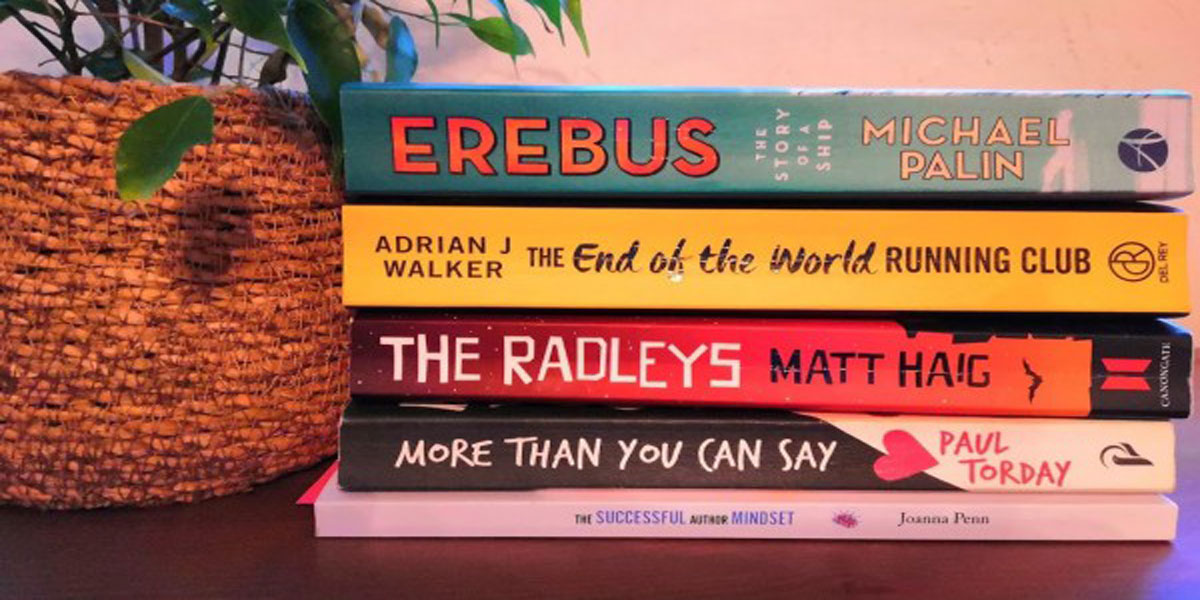 Having had a very reading-heavy December, it was kind of a shock to go back to doing all of my reading just before I fell asleep and dropped the book on my nose. Seriously, real life gets in the way of reading so much. I do not approve.

Anyhow, I still managed to get through a few books, which I ramble about in the video below – I initially thought more coherently than in my jetlagged December video, but on actually watching it, I may be wrong. Sorry. I might do better at the talking when jetlagged…

In just a moment I shall dive into my mini reviews and cookies and a cuppa ratings for all the books, but there’s one bit of admin to take care of first. There will be a little slowing of the blog posts around here. In the past four years I’ve written a lot of blogs and short stories, most of which you can find on the site (minus the ones I removed because I don’t like them anymore. Well, all the ones I remembered I don’t like).

And rather than run the risk of repeating myself (or my blogs heading down ever more dubious paths, such as the title I jotted down the other day: 5 Things to Learn From Tea. Actually, no. That may be usable. Some of the others were worse), I’m going to drop down to one book chat and one other post (be it blog, recipe, or gratuitous cat photos) per month. The odd short story will go out to subscribers in the monthly newsletter (here’s what one of those looks like), so make sure you sign up to be in for those – as well as for your chance to grab free ARCs and giveaways!

I hope you keep joining me for book chats and blogs, and would love to see you over on Facebook, Instagram, Twitter, or the newsletter! And if you have any suggestions for blogs and chats, I would love to hear them. Seriously. Don’t make me write about 7.5 Uses for Old Tea Leaves…

And with all that messy admin stuff done, let’s get to the books!

Erebus, Michael Palin. A well-written, entertaining account of the voyage of the Erebus, one of the two ships (along with the Terror) lost in the Arctic on the search for the North-West Passage in 1845. It ranges from her building and launch as a warship, through the story of the two ships’ Antarctic exploration, before concluding with the search to piece together what exactly happened to the missing crews. If you’re at all interested in early polar exploration or maritime history, this is a fantastic read. Five pieces of ship’s biscuit and a ration of rum, although in reality let’s go with five cookies and a cuppa.

“Cheered on by a crowd of engineers, carpenters, blacksmiths, clerks and their families, the stout, broad-hulled warship they had been building for the past two years slides, stern first, down the slipway at Pembroke Dockyard. The cheers rise to a roar as she strikes the waters of Milford Haven. She bounces, bobs and shakes herself like a newborn waterfowl. Her name is Erebus.”
― Michael Palin, Erebus

The End of the World Running Club, Adrian J Walker. This is one of those books I wanted to like much more than I actually did. It was well-written, and I loved the set-up of the disaster that destroys all the major cities in the UK. The imagining of the resulting chaos was also very well done, but I had very little invested with the main character. I just didn’t like him. While he did have a reasonably good character arc, he told us (it’s a first person POV) so many times what an awful husband and father he was, I kind of thought his wife could do better and he probably didn’t really deserve to find her. Plus the supporting characters were all a bit meh, too. Three cookies and a lukewarm cup of tea.

“All the doom and the gloom and the guilt and woe. All the stuff that doesn’t really exist. That’s what brings you down.”
― Adrian J. Walker, The End of the World Running Club

The Radleys, Matt Haig. Okay, so this month may have been the month of “books I expected more from.” This was a fun, entertaining read about a family of vampires living in English suburbia, slathering on the SPF 60 sunblock, avoiding garlic in salad dressings, hosting book clubs, and generally pretending to be Just Like Everyone Else. Until one of the teenage kids, who doesn’t even know she’s a vampire (and is, in fact, trying to be vegan), kind of bites someone… I will confess here that reading this after The Humans probably set my expectations far too high, because it’s a good story. It’s a fun exploration of the problems of trying so desperately to conform that you all but suffocate who you are, and it’s well-written. I mean, Matt Haig. Of course it’s well-written. But, for me, it was just kind of okay. Some of the characters annoyed me. A lot of their motivation made no sense. So, overall, a four cookie book. Maybe some water on the side.

“You reach a certain age — sometimes it’s fifteen, sometimes it’s forty-six — and you realize the cliche you have adopted for yourself isn’t working.”
― Matt Haig, The Radleys

More Than You Can Say, Paul Torday. I have read a few Paul Torday books, of which my favourite is still Salmon Fishing in the Yemen (better than the movie (obviously), but (also obviously) lacking Ewan MacGregor). This is not one of the better ones I’ve read. Third book this month in which I just didn’t connect with the main character. This was an odd one, though, as the MC’s destructive behaviour and disconnect from life is very much due to PTSD from Afghanistan, so I wondered if the reader’s disconnect with the MC was somehow by design. But it didn’t change the fact that he was very unlikable. And he didn’t exactly improve a lot as the book went along, in a plot that was just … weird. Still very readable, but weird. Another three cookie outing.

“The answer I found was in a question: ‘Why not?’ because ‘Why not?’ stopped you from asking yourself ‘Why?’.”
― Paul Torday, More Than You Can Say

The Successful Author Mindset, Joanna Penn. I like Joanna Penn. I like her podcast (which I listen to sporadically but always want to listen more, because they’re entertaining and I always learn something). I like her blog posts. And I like this book, which is the second of hers I’ve read. It’s exceptionally readable, never dry, full of interesting and practical suggestions and very relatable moments, and, best off all, at the end I actually did have yes! I can do this! moment. Now I just have to remember to actually do all the things, not just smile at the book guiltily when I pass. Five cookies and a large mug of well-caffeinated tea.

“Being a writer is not just about typing. It’s also about surviving the rollercoaster of the creative journey.”
― Joanna Penn, The Successful Author Mindset: A Handbook for Surviving the Writer’s Journey

And that, lovely people, was January! What did you read this month? What books did you love and what were a bit meh? And what would you like to hear me ramble about in the future?

Let me know below, and, until next time, read on!