I don’t only make cake and cookies. Sure, I mostly make those, but I also… 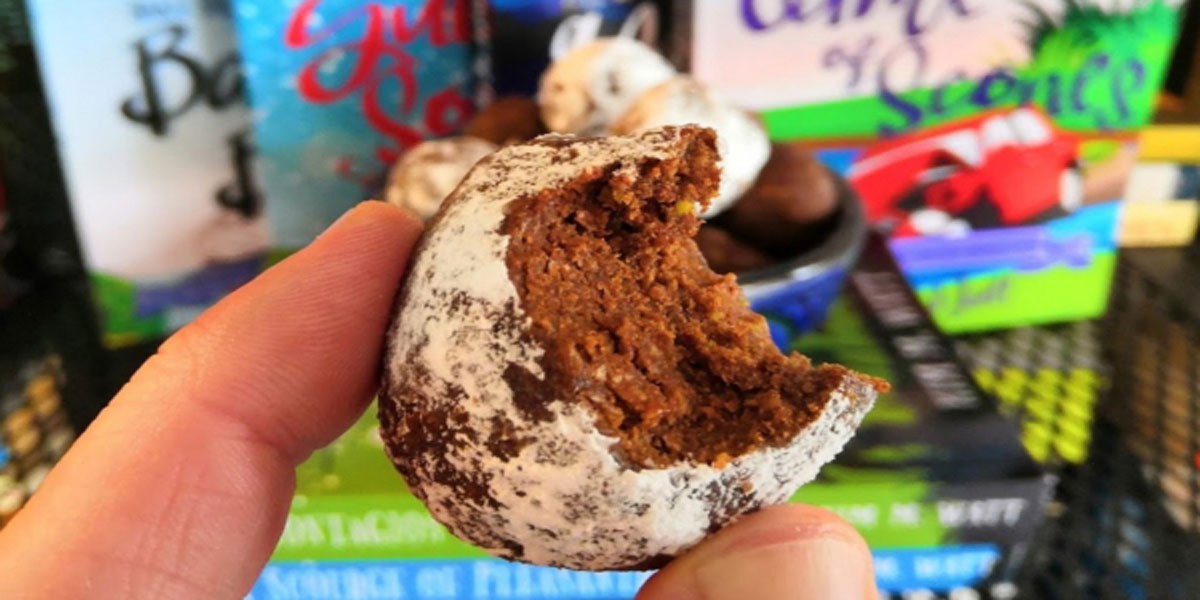 Sure, I mostly make those, but I also cook actual food (depending on if the SO’s home or not, I might even cook as many as three times in a week!), and while I love my sweet stuff, I also have half an eye for healthy food the rest of the time. This is less a “because I should”, and more because lots of stir-fries and interesting salads give me better energy and more happies than cheese on toast or marmite on toast or … toast, which are my general not-cooking go-toes (to’s? Tos? Toes seems right, yet not).

However, I’ve recently gone off breakfast.

I know, I don’t know how that works either, as breakfast (to me, at least) is more a habit than a meal. I always have bananas about the place, so while they’re green I have them with muesli. As soon as they display the slightest hint of ripeness (I can’t stand ripe bananas), they become smoothies or are cooked into porridge. Breakfast, sorted.

My breakfast never looks this good, however. Image by Free-Photos from Pixabay

But a few weeks ago, I just went off the whole thing. I couldn’t face one more bowl of banana-based goodness, or even a smoothie, which always feels like a treat. I tried toast, but that just makes it seem like I’m having an early lunch, and then my whole meal set-up gets a bit confused. Although, since I discovered the weird joys of sourdough, it is really nice. Just not every day.

I suppose I could have eggs, but I have a strange relationship with eggs. I like having them hard-boiled on salad, but otherwise I don’t eat them much. Not that I don’t like them, exactly, just that the idea never really comes up, except about once every few months, when I really want them and nothing else will do. I have a similar relationship to ice cream, minus the salad bit.

I thought about making muesli bars/flapjacks/granola bars/whatever those things are called, but most recipes seem to have a lot of sugar in them, which I’d rather have in cake form. And I know from experience that the ones that don’t can be pretty uninteresting. And then I started wondering about bliss balls.

For those that haven’t tried them, these are tasty little treats packed with dried fruit and nuts. They tend to rely on the dried fruit to hold everything together, so not much extra sugar, but a) dried fruit is still really sugary (you get the extra fibre with it, but it’s still sugar), and b) they’re really expensive to make once you’ve got enough nuts and fruit in there. Plus, I like my oats. I even put them in smoothies.

But then I remembered that the SO had left a box of Weetbix (or Weetabix, if you’re from the UK and insist on an extra syllable there for some reason) in the cupboard. He tends to buy them about every six months, has one bowl, then remembers why they’re awful (either entirely dry, or entirely soggy, and any leftovers set so hard in the bowl that you could lay foundations with them). Anyhow, as a kid in NZ, Weetbix (no extraneous a there) was, for some perverse reason, what we all seemed to eat, and also the basis for some half-remembered chocolate biscuit-y thing that I went in search of.

Hey. Not bad for Weetbix, right?

I didn’t find it, but I did find this recipe for a rather healthier version, which I’ve tweaked a bit to make it into some surprisingly tasty balls that, with a generous serving of fruit on the side, will do me until I remember how to eat breakfast again. They’re not super-healthy, but they’re not bad, and definitely better than half the breakfast cereals out there. Just try and leave them for a few days, at which point the fruit flavour starts to overtake the Weetbix flavour and makes them much nicer.

Also, I wasn’t going to roll them in icing sugar, but after taking the first lot of photos I decided I should. They are … not photogenic in their natural state …

Yeeah. I got as far as writing this blog before I realised that this photo may not be entirely appetising…

All that said – here they are. Best use of Weetbix ever.

Chuck everything in a food processor and let it do its thing until the whole lot starts to clump together. If, after a few minutes, it’s not coming together, add a few splashes of the liquid from soaking the fruit.

Once it’s done, you should be able to squeeze a scoop into a ball that holds together easily. If it’s too wet, add some more coconut or Weetbix. Too dry, add a splash more liquid. If you want them to be a little sweeter, add honey or any syrupy sweetener (such as agave or golden syrup) to the mix.

Roll into balls to suit your preference (I did mine into about a heaped tablespoon, as that seemed good for snacking on), then you can either roll them in extra coconut or chopped nuts to make them pretty, or just leave as is. If taking photos, I definitely recommend the former.

Fridge until ready to eat – as mentioned above, the longer you leave them, the more the other flavours overtake the Weetbix. Which, in my book, is a good thing.

Now over to you, lovely people – what’s your breakfast go-to? Or are you a no-breakfast person? Let me know below!