A Crime Wave & the End of the World

An overdue reading chat involving a lot of fun crime fiction, a bit of horror, and the end of the world. 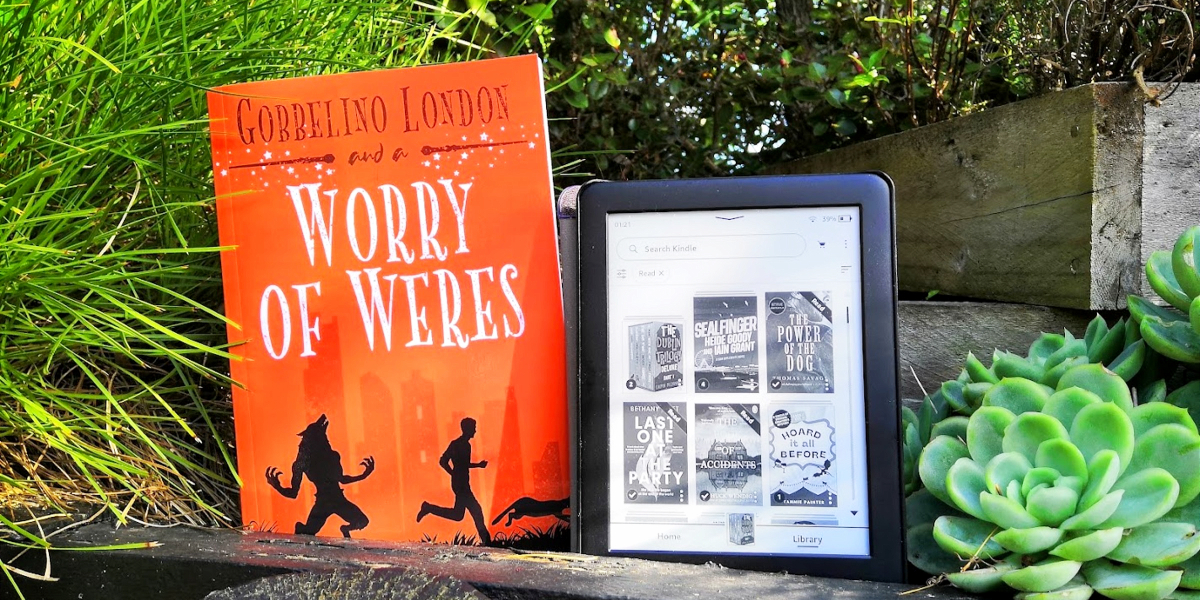 It’s been a while since I did a video blog, as evidenced not only by the fact that it took me half a dozen attempts to film the video, but also by the fact that I managed to republish April’s video blog while reminding myself how I usually do this. Ahem. Sorry to any blog subscribers who’re currently experiencing deja vu.

However, in my favour is the fact that the tūī did actually hang around for a bit of a chatter this time, which you can hear as quite a varied and lovely birdsong – or hopefully can over the wind, which I was hiding from by sitting actually in the garden. Luckily this particular spot has lots of pebbles, but I did manage to stick both feet into some mud, which I only discovered after trekking across the carpet a couple of times. Hazards of the writer’s life and all that.

The last couple of months seem to have been characterised by a lot of crime fiction with, unusually for me, no real paranormal elements involved. And the Heide Goody/Iain Grant writing team, as well as Caimh McDonnell’s Dublin trilogy, have been exactly what I needed. Lots of bad sorts getting imaginative come-uppances, and nothing too demanding on the reading front. Sometimes just hanging up the brain and wandering after the characters is just the recharge required.

And now I shall let you listen to the tūī, and maybe me if you fancy it as well. Then let me know in the comments – what’s your reading trend at the moment, lovely people? What’s feeding your imagination? I’d love to know!

Last One at the Party, Bethany Clift. As regular readers know, the last month or so have been a bit challenging. So what better to read about than a literal pandemic wiping out humanity? Yay!

Look, I never said my reading choices made sense. But the truth is, I love a good dystopian and am always looking for something a little different in that genre. Before this, the only one I’ve read that had an MC so ill-suited to survival at the end of the world was Before and After, which I talk about here, and which was also a fab read. In Party, prior to the outbreak of a virus that has a mortality rate of almost 100% and kills within six days, our narrator is slowly suffocating as she tries to fit herself into a life that she thinks she should want. She’s frustrating and annoying and selfish, and I don’t think I’ve ever been rooting so hard for someone to survive as I was for her by the end. All the Harrods’ foodhall fancy goods, but maybe all the champagne is unwise.

“People knew this was the last stand of humanity and our last night of freedom. And in true Blitz fashion we were going to do our British best to mark the occasion with beer, vomit, and other bodily fluids.”

― Bethany Clift, Last One at the Party

The Power of the Dog, Thomas Savage. I don’t think I need to introduce this, after the Netflix movie and all the awards and ridiculous criticisms by movie cowboys. I enjoyed the movie, and loved the cinematography, and in such cases I quite often get the book in case it’s even better. This is one of those unusual cases where I’d say they’re both as good as each other. Neither light reading nor light watching, but very, very good. A chicken dinner eaten in simmering silence, washed down with clandestine gin.

“Phil, at that moment in that place that smelled of years felt in his throat what he’d felt once before and dear God knows never expected nor wanted to feel again, for the loss of it breaks your heart.”

Thomas Savage, The Power of the Dog

The Dublin Trilogy Deluxe Boxsets 1 & 2, Caimh McDonnell. Caimh McDonnell is rapidly becoming one of my favourite authors. I had thought I’d read more of his crime novels, but seem to have got them muddled up in my head with something else, as I’d only read the first novel in the Dublin Trilogy (which consists of four books and various short stories and novellas). The characters are exaggerated enough to be funny without being caricatures, the criminals are conniving, and the comeuppances are satisfying. They were exactly what I needed when my brain was looking for a rest, and I’m looking forward to reading the Bunny McGarry spin-off novels. A good fry-up and two pints of Guinness, all for Maggie the dog.

“Ah well, y’know, two wrongs don’t make a right, sure enough, but if one of them wrongs kills off the other, then that leaves ye with one wrong plus a bleedin’ good warning for the next wrong that tries to come along and rip off hard working folks.”

The Sam Applewhite series, Heide Goody & Iain Grant. Continuing on the theme of humorous crime and the sort of things my brain likes when it doesn’t want to work too much, this series gets better with every book (I talk about the first one here). The local Vikings steal trees and build ships, retirement home residents are up to more than aquarobics, and the local aristocracy are really very poorly equipped for real life. I referred to this series previously as Carl Hiaasen in Skegness, and that still fits. A Christmas dinner of prehistoric proportions and a generous serving of port.

“There was a fine line between madness and eccentricity and apparently the only difference was wealth.”

The Book of Accidents, Chuck Wendig. I’m always looking for a horror book that isn’t just gore and splatter. Something with a creeping sense of dread and terror, where suggestion is stronger than anything graphic violence can whip up. And this was really very good. There were some gory bits, but the overall sense is of a slowly building tension, mixed up from elements of haunted house tales and human monsters and painful pasts and something other that just can’t be escaped. A large serving of dread washed down with a side of unease.

“… we’re a blend, all of us, a cocktail peanut mix of niceness and badness, all bound up in a bundle of inexcusable indolence and ignorance punctuated by unanticipated moments of genuine heroism.”

― Chuck Wendig, The Book of Accidents

Now, over to you, lovely people – when it comes to TV/movie adaptations, do you prefer to read the book first or second? What adaptations have you preferred to the book, or did you feel equalled the book? Let me know in the comments!

PS: Yes, my cake and cuppa rating has degenerated into utter incomprehensibility. I realise this. There is some small possibility that I may reinstate some sort of sense into the rating system in the future, but let’s not get ahead of ourselves. I need to remember how to do videos first …