Shortbread is not the sort of biscuit that inspires me. It’s not soft and chewy inside… 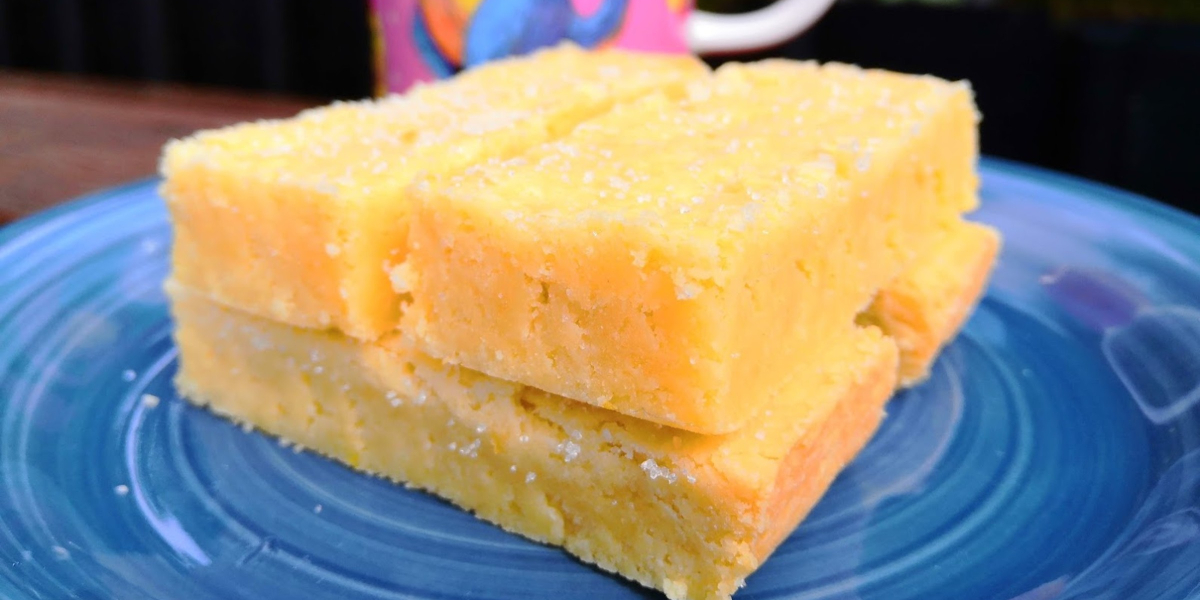 Shortbread is not the sort of biscuit that inspires me. It’s not soft and chewy inside. It’s not laced with half-melted chocolate. It’s not overflowing with nuts, toasted to magnificence. You don’t have the option to half-cook it, leaving glorious centres that are only one step removed from dough. The dough doesn’t even taste that good, and that’s just unforgivable. I mean, one of the joys of baking biscuits or cookies is the fact that you get to snarfle dough in the interests of quality control.

It’s that biscuit everyone’s nan makes when she Has Company, and it tends toward dry and crumbly, leaving you brushing crumbs surreptitiously off your Visiting clothes and onto the overstuffed sofa that was fashionable in the years before you were born. Its saving grace, I suppose, is that it’s always accompanied by tea, as all those crumbs need washing down. This is especially handy when the biscuit in question tastes of little more than butter grease and a whiff of slightly burned cat hair from that time Angus got his tail stuck in the oven door. You need something to take the taste away.

I mean, sure, it *looks* fine. I bet it tastes of pocket lint and sadness, though.

I mean, I know not all shortbread is created equal, and maybe your nan makes a perfectly acceptable biscuit, dry and crumbly and tasteless, but at least not cat-hair-flavoured. Then again – old ovens being what they are – there’s always the chance they’re overcooked to the point that you’re grateful Nan’s pug has the culinary discernment characteristic of his species.

I will qualify this by saying that one of my nana’s neighbours made shortbread that was basically famous, and as a wee small thing I was always excited when Mrs Bickerton had either popped by with some, or we were allowed to visit and have some at her house. But this may have just contributed to my dissatisfaction with shortbread in general, as nothing else has so far lived up to such exceptional standards.

However. While I have no particular affection for shortbread – or haven’t until recently, anyway – Rose, from the Beaufort Scales cozy mystery series, is well-known for her shortbread. That, and her rum truffles, but they’re more of a Christmas treat and are known to draw the attention of certain elderly dragons, as you may remember from A Toot Hansell Christmas Cracker.

And since the newest Beaufort mystery, Coming Up Roses (which is coming at the end of this month!), features rather a lot of Rose, I felt it was time to tackle my shortbread prejudices. And since we have a lemon tree here that insists on flinging lemons at us, I decided that lemon shortbread would be fun. And also, as has been previously established, following recipes is not something I’m great at, so …

I did not have high hopes. I thought the lemon might cheer things up a bit, and I chucked some vanilla and salt in, because what’s a recipe without vanilla and salt? And I figured that Dad likes shortbread, so he’d eat it even if no one else did.

Lovely people, I take back all the nasty things I have ever said about shortbread. I apologise for vilifying the glory that is freshly baked shortbread, and I promise to never, ever do it again.

Because this is exceptional. It’s delicate. It doesn’t crumble so much as melt. The lemon’s a little shout of sunshine. The semolina gives a lovely little crunch to contrast with all that meltiness. And it’s so ridiculously easy that, since Dad’s basically eaten the lot in two days (okay, yes, I helped), I think I may just make some more. I am a shortbread convert.

Prepare a 30 x 23cm (9 x 12 inch) tin by greasing lightly – I laid a sheet of parchment paper across it to use as a sling to help get them out, but you probably don’t need to. If you do use it, trim it so it doesn’t crinkle in the corners.

Work butter, sugar, lemon zest and vanilla together until roughly mixed. You want the butter juuuust soft enough to work with. You’re not looking to cream it or anything – all you’re doing here is getting the zest and the vanilla all muddled in with the rest.

Mix salt, flour and semolina (I didn’t have any semolina, but I did have fairly fine cornmeal, which is basically the same thing. Same enough for Kim standards, anyway). Add to the butter mix and rub together with your fingertips until you get a breadcrumb-like texture, and it’s starting to stick together.

Knead it very lightly, just to get it mostly together in one big clump, then press it into your tin and level it off with the back of a spoon. Do the pretty little fork holes all over it (they don’t have to go in too deep), then pop the tin in the fridge and chill until firm.

As soon as your shortbread’s out, sprinkle it with a little sugar then cut into fingers while still in the tin. Give them a few minutes to cool and firm up, then transfer to a rack. (This is where I just slid them all out together on the parchment paper. It sounded like a faff to do them one by one…)

If you wanted to leave the lemon out, you certainly could. Or substitute for orange zest. You could also add some flaked almonds or other nuts for more texture, or change the zest for some coffee granules and chuck some chocolate chips in. The possibilities are endless! Or, at least, many and varied.

Lovely people, is there a biscuit/cookie that has always been a bit ‘meh’ to you? Has anything happened to change your mind? Let me know below!

And you can read the first chapter of Coming Up Roses here, should you fancy!

Until then – happy baking!