To dunk or not to dunk. This is a serious question, and so much hinges on… 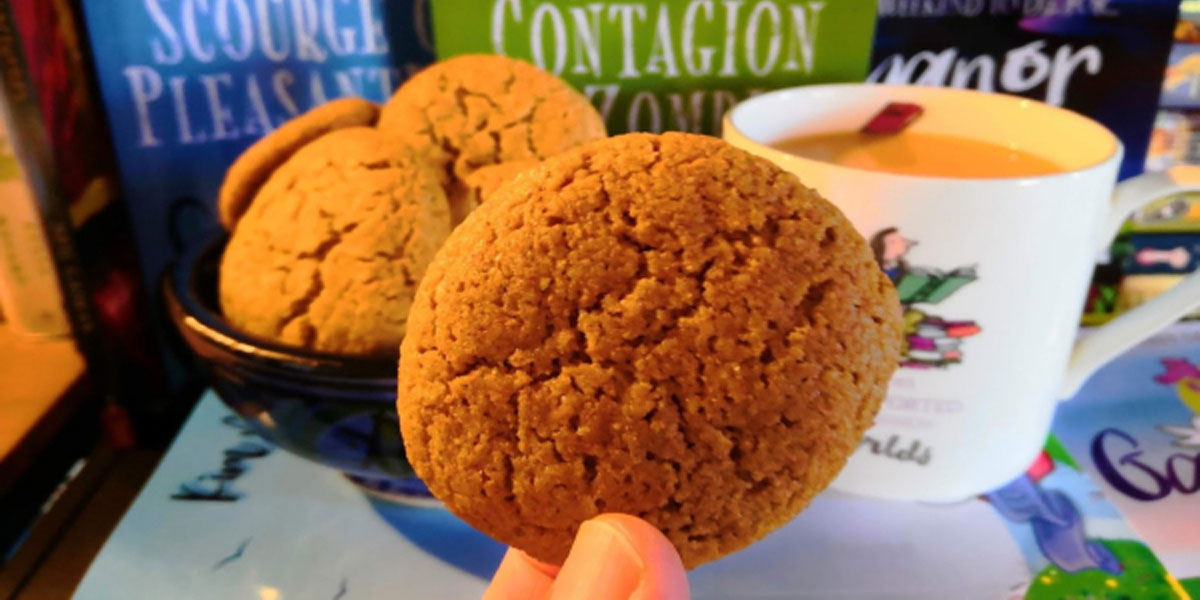 To dunk or not to dunk. This is a serious question, and so much hinges on the biscuit concerned.

I mean, you can dunk a chocolate digestive, but the chocolate melts, and you have to be quick about it, as a moment too long and it’ll be a sludgy mush when when you bite into it – and that’s if it doesn’t break first, releasing a miniature storm surge of tea out of the mug and onto the table.

Hobnobs shed crumbs all through your tea, so even if you avoid the dreaded soggy biscuit you still have to deal with bits in your cup.

Chocolate chip cookies are, of course, delicious, but they’re not that sturdy.  The smallest misjudgement of timing may result in the panicked, undignified fishing of disintegrating biscuit out of your tea with a spoon.

Chocolate coated biscuits have an extra layer of protection, but all that melting chocolate threatens both your shirtfront and the integrity of the tea. No one wants chocolate-flavoured tea (unless it was that way to being with).

Although I have tried eating things I have read about (such as PB&J), I have never dunked a biscuit in milk. This has always seemed odd to me, but then I’ve never been much of a milk drinker.

I mean, this whole dunking venture is fraught. Fraught, I say! And I’m not really that keen on it myself. It seems a good way to ruin both a nice cup of tea and a good biscuit.

However, there are exceptions. My tea-loving grandmother (known, imaginatively, as Cuppa Tea Nana to me, or Scotch Granny to my cousin, as Nana was very, very Scottish, despite moving to NZ when my dad was 13), was a big fan of dunking, and her biscuits of choice were Griffin’s Gingernuts. I’ve never been sure if the dunking was due to taste, or simply because she wore dentures and those particular gingernuts were so hard that they may have actually endangered the structural integrity of her dentures if eaten dry. Either way, I always remember her with her cup of tea and her gingernut biscuits, and now if I come across a gingernut biscuit I can’t possibly eat it without dunking it. It’s become a rule of my personal universe, I guess.

Cuppa Tea Nana doing double duty as Scotch Granny also. She was like a supervillian, with all those names. Only a nice one, who baked lovely shortbread and read us books.

And gingernuts really are the perfect dunking biscuit. Strongly-flavoured and non-crumbly, they’re hard enough that not dunking may result in tooth (or denture) damage, and they hold their shape so well that a lengthy soaking can not only be entertained, but recommended.

However. Not everyone fancies dunking. Some people may even eat their biscuits without tea (gasps). And, you know, it is nice not to worry about the sturdiness of your teeth while treating yourself to a sweet fix.

So allow me to introduce some rather more gentle ginger biscuits. They still hold up beautifully to a little dunking, and the flavour complements your tea rather than fighting with it. It’s also packed with the sort of taste that just about hits you over the head with autumn – spicy and warming and comforting all at once.

They do soften over a few days, and are at their best on the day they’re baked, but they last a good week in a tin or airtight container, even if the crunch fades.

To dunk or not to dunk? Either works. 🙂

Pre-heat the oven to 190C/375F, and prepare a couple of trays with either parchment paper or by greasing.

Melt the butter, sugar, fresh ginger and golden syrup together, then set aside to cool for a bit. (I mean, the ginger won’t melt, obviously, but chuck it in there and get it all flavourful anyway).

Combine all the dry ingredients in a nice big bowl (try not to inhale the ginger. Pro tip there). Make a bit of a well and add the cooled (ish) butter mix. Stir just to combine, then add the egg yolk. Mix in gently.

Roll your mix into tablespoon-sized (ish. I mean, you can go bigger if you want. Just cook for a bit longer) balls and pop on the tray, giving them room to spread. I ended up with two trays of 12.

Bake, turning the trays halfway through, for about ten minutes or until risen and cracked-looking. They’ll still be slightly soft to the touch, so let them sit for a bit before transferring them to a rack to cool. They’ll harden up nicely!

Make a cuppa, and dunk to your heart’s content.

Now over to you, lovely people! Dunking – yay or nay? What’s your biscuit of choice? Let me know in the comments!