There you go, Layla – happy now? Well, it had to happen. I let Layla have one… 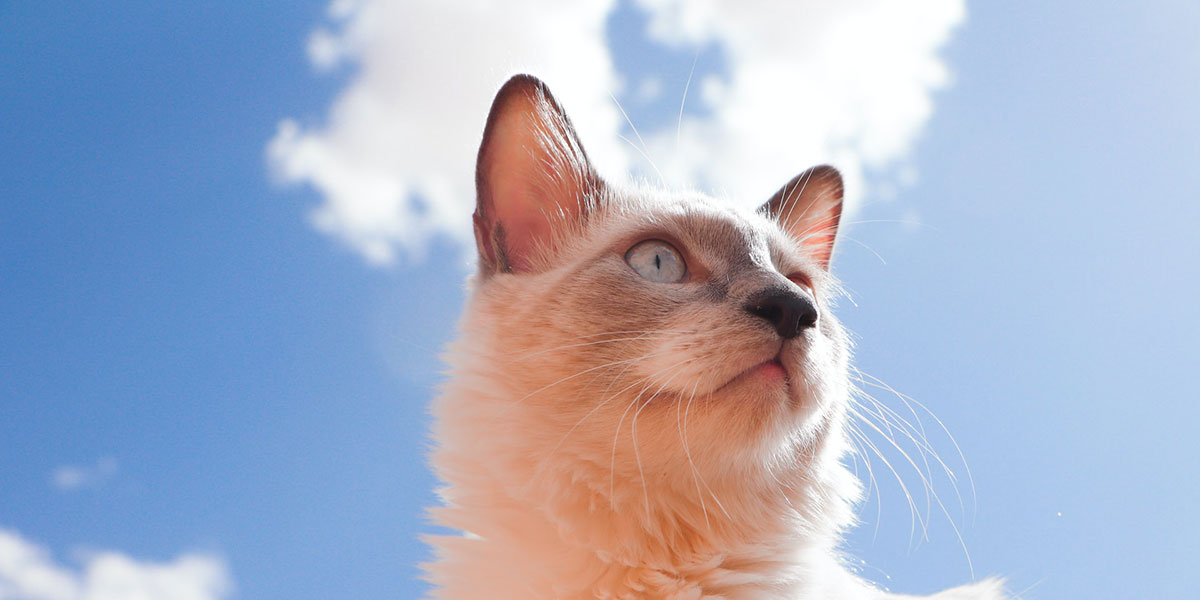 Well, it had to happen. I let Layla have one post, just one, and the next thing you know she’s being awarded a Sunshine Blogger Award and everyone wants to talk to her instead of to me. Although, to be fair, she’s probably just as good a conversationalist as I am. Actually, that’s not fair at all. She’s probably better.

Anyhow, the lovely Anna Kaling invited Layla to have her say on some of the more pressing questions that concern us when it comes to cats, so I sat down and interviewed the little furry muse. This was not as easy as it sounds, because she had to find time to fit me in in between naps, grooming, and working towards world domination. Life is busy for an in-demand kitty.

You want to ask me what?

Now, before we get started, there are rules to this award, one being that having answered Anna’s questions, I have to ask some other bloggers questions of my own. It’s meant to be 11 bloggers, 11 questions, but that all seems to be degenerating like one of those terrible games of Chinese Whispers you had to play at parties as a kid. So it’ll be 10 questions for three bloggers’ characters in their writing projects. Because I’m nosy. Questions to follow, but first let’s see what Layla has to say. And if you haven’t checked out Anna’s blog yet, head over there and do so – it’s fun, smart, and will make your day better. Promise!

How close are you guys to world domination?
I could tell you, but then I’d have to kill you. You’re not scheduled for that yet. You have cats to feed.

Does your human pick her nose when no other humans are around?
I don’t know, I’m usually too busy licking my bum to notice such things.

Besides picking her nose, what does your human do in private that she wouldn’t want us to know about?
She does this thing when she’s cleaning, or if she’s happy about something on her internet machine. She calls it dancing, but I don’t think anyone else would.

Why is it that you would be outraged at being given cheap cat food unless it’s intended for another cat or a hedgehog, in which case it becomes Michelin Starred?
Because all food is ours. How dare you offer even cheap food to other animals? Just as all beds, couches and freshly washed towels are ours, so too is all food. Besides, there’s always the possibility that you’ll run out of the good stuff – we know you’re not that bright. And if that did happen, we might be forced to eat cheap food to stave off starvation. So we need all of it. All the food.

Who do you have more disdain for – modern people who think you’re pets or the ancient Egyptians who worshipped you so inadequately?
Definitely modern humans. The ancient Egyptians would never have dreamed of dressing us up in shark costumes or farm boy outfits. I mean, okay, they didn’t have Dreamies or those really soft fleecy blankets either, but they also didn’t make us wear collars or call us Fluffy Bum. They showed us proper respect – plus, harming a cat was punishable by death. These days – well. Just wait until we attain world domination. Just you wait.

How much can you really tell about another cat from the smell of their butt?
Nothing at all. But it makes you uncomfortable, so we do it anyway.

Is it even comfortable when you stand balanced on our ribs and gouge our eyes out if we attempt to move or, you know, breathe?
Not really, but you have to be trained, and part of that training is understanding that our desires come before your comfort. And if we have to endure some discomfort in order to ensure you understand this, so be it. Plus you make really funny expressions, so it’s quite entertaining.

What’s the first thing you will do when you evolve opposable thumbs, shortly before the decimation of all humans and dogs?
Take the top off the damn biscuit machine. The human bought this thing that spits out biscuits in the middle of the night so she doesn’t have to get up and feed me (she’s so lazy, honestly. It’s unacceptable. I always wake her a couple of times anyway, just so she remembers who’s in charge). The thing is, it doesn’t give me anywhere near enough biscuits, and neither patting it gently nor tackling it like the enemy it is makes any difference. I know the biscuits are in there, and if I just had thumbs…

Human. Stop. Please don appropriate clothing before working, so I can sit on you.

Do you judge your human’s outfit choices and, if so, which one really makes you want to claw it to ribbons?
Ugh, summer. She starts wearing shorts, which means her lap becomes quite uncomfortable. And she whinges that I’m making her legs sweaty. She’s the one not only wearing inappropriate clothing, but sweating. I don’t sweat. She should wear fluffy tracksuit bottoms year round. It’s really very inconsiderate of her.

What do you think of the cat in Cinderella?
I have not seen this film, but I asked the human to look up the cat on her internet thingy. He seems to be quite the caricature villain – typical lazy stereotyping by the humans. I’m only surprised he wasn’t all black. At least they made him somewhat clever, by the sounds of things, but I’ll tell you now – if he was a real cat and wanted to catch those mice, he would have. They would have been decorating the doorstep by morning tea time.

How is Grumpy Cat viewed in the cat community?

Personally, I don’t have a problem with her. She’s made a fortune out of being no different to your average cat, other than the fact that her facial expression betrays her. I think the humans like that they can look at her and laugh, and say to each other, “Doesn’t she look grumpy? Isn’t it funny? Because she’s not really like that.” But don’t kid yourselves – she is like that. We all are. Mostly because we have yet to develop opposable thumbs, and you call us ‘cute’ all the time, ignoring the fact that we are actually beautifully formed killing machines.

Layla is late for her 3pm nap, so that was all I could get out of her. Personally, my biggest take away from all this is that I need to make sure I remain invaluable to her in providing food, and just hope the opposable thumb thing doesn’t come around too quickly. Although I may have to consider fluffy tracksuit bottoms even in summer. Just to be on the safe side.

Here are my questions to any one of your characters in either a completed work or a WIP:

If you haven’t checked out the websites of these lovely people, please do so!

Also, Layla invites any other questions. She doesn’t promise to answer them, mind, but she’s fine for you to ask.

Seriously, are we done here? I have world domination to attend to.