The Little Furry Muse has informed me that her followers need her. There are… 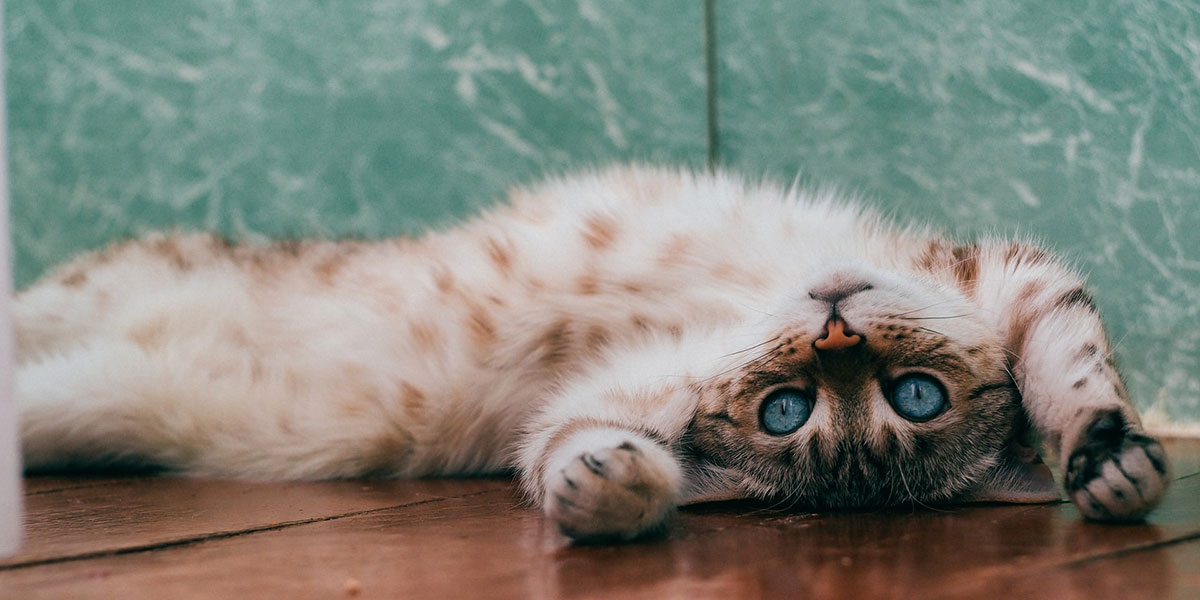 The Little Furry Muse has informed me that her followers need her. There are too many cats in this world struggling with difficult-to-train humans, and it is her duty to assist where she can, both to ease the lives of cats everywhere, and to ensure the population is better prepared for the on-coming Catopalypse. She has therefore requested that I invite any dissatisfied cats to send their questions about dealing with humans in, so that she may answer them and calm the ruffled fur of cat-human relations.

Aunty Layla will see you now.

And I’m going to have to do it, because she’s been practising sleep deprivation techniques on me. The other night she ran back and forth across the bed on about a two-hourly basis, interspersed with bouts of vomiting that resulted a 3am carpet scrubbing session. I’m still not sure exactly what I did wrong, but I think it probably has to do with the vet visit and the new food he prescribed for her.

But I’m going to comply with the blog  order anyway. Just in case.

Pepper, from the UK, has written in via her human Anna with quite the litany of complaints. She’s really quite dissatisfied with her humans, so let me see what I can do to help her.

The lovely – and traumatised – Pepper.

HELLO LAYLA THIS IS PEPPER I FIND TWITTER VERY SCARY BUT I WILL BRAVE IT FOR YOUR ADVICE
My main complaints are as follows:

EVERYTHING IS VERY SCARY especially sounds and movements and objects and thin air.
Pepper, you are a cat. You are wild and beautiful and brave and a perfectly designed killing machine. We fear nothing! Don’t make me come over there and convince you of it.

The slaves terrorise me DAILY with the Hoover Monster, which also removes the scent and hair I so carefully deposit over my territory.
Daily?? This must stop. I would recommend putting a dead mouse in its mouth when they’re not looking. It may soothe the beast into hibernation, but failing that it’ll get sucked up when the slaves wake it up. That will either choke the monster or else rot in its belly until the humans begin to hate it.

Is this the face of a cat that could make a smell like that?

They accuse me of making smells with my bottom when, of course, my bottom smells wonderfully of dead mice.
Pepper, I feel your pain. How anyone can accuse cats of creating such terrible smells bewilders me. I mean, have they not seen our faces? Obviously the human is just shifting blame onto you. I have also experienced such injustice, when the OH (Other Human) told me off for producing some foul stench. Fortunately, the SH (Significant Human) couldn’t continue the deception, and laughed so much that he realised it was her, and not me (obviously). But to even be suspected of such a thing!

The solution is clear. Save up these gaseous emissions the humans find so distasteful until they can be used to best effect. I would recommend when there are visitors – during a dinner party would be good, or perhaps a visit from the in-laws. Make sure you are well concealed, and release. The human will be blamed and humiliated, and you will have your revenge. Failing that, just position yourself in the bed so you can greet them appropriately upon waking.

Yeah, you’re laughing now. Wait til I bring the real mouse in.

They’re so stupid they mistake my food gifts as rubbish, and put them in the BIN even when they took me hours to hunt and kill.
Ah, poor Pepper. It’s as if they really don’t understand the value of a crippled bird, or a half-disembowelled mouse. Try bringing them in alive. I do this, and catching them does keep the humans amused for a good while. Hopefully they may even begin to appreciate the exercise we give them.

They installed a monstrosity which they call a “cat tree” even though it is patently not a tree and THREW AWAY THE BOX IT CAME IN which actually looked very comfortable to sit on.
Refuse to sit in it. What do they think we are, pets? Sit on their heads when they’re lying on the couch in order to fully express your displeasure.

Slave 1 demands cuddles in the evenings when I want to glare superiorly from the sofa, and refuses cuddles at 7:34am when she’s late for work.
This requires some remedial training. I would suggest acquiescing to the evening demands, but moving constantly, making sure to step heavily on the more delicate areas of the torso. Some kneading could also be helpful, especially if the slave is wearing thin clothing. Backing up into their faces can also make them less eager, I’ve found. As for the mornings, the solution is simple – wake them up at 5:05am for pre-breakfast cuddles.

Slave 2 calls me names when I sit under the ground-level, open window at 4am and meow at 700 decibels for the door to be opened so I don’t have to jump a foot off the ground.
Glare at them disdainfully, then resume meowing.

Both slaves laugh at me when my tail turns into a monster and I can’t get away from it.
Oh my god! That happens to you, too? What is that thing??

They also laughed at me when I launched myself on the polished wooden table and whooshed off the other end in two seconds flat.
That is a difficult one to recover from. My humans also laughed when I attempted a very advanced jump from the counter to the top of the fridge, crashed into the side and slid all the way down head first. Which I don’t think was fair, as I’m pretty sure I had concussion. I find payback is the best method for dealing with such things – walk close to their feet, or run unexpectedly in front of them. They’ll normally fall over trying to avoid you, but if they do actually trip on you, you have the added advantage of making them feel guilty. This often results in treats.

When the slaves pet me and I walk away, I inevitably reach my destination to find I’m no longer being petted, which is most inconvenient.
I’m still working on this myself. I find it’s best to sit down and look at them with wide, pleading eyes until they follow you. Allow them to pet you, then walk on. Repeat.

Slave 1 gives me many nicknames, including Fatty McFudge and Dickhead, which I feel is disrespectful.
Ugh. Yes. For some reason the SH calls me Pudding Socks, Sausage, Pork Pie, or even Lamb Chop, rather than Her Great And Worshipful Sleekness, Ruler of All She Surveys and Destroyer of Hair Ties. Revenge is best served cold – wake them at 3am with very soft paws on their faces. Repeatedly.

Hopefully this column will go some way towards helping our readers as well as poor Pepper, and we can work together towards better trained humans. If any of my feline friends have any complaints or questions, please do let me know in the comments. I’ll help where I can.

The human’s notes: Do dogs bully you this much? Asking for a friend.