The Glorious Failures of Lockdown

Lockdown rolls on, as it does, and it occurred to me the other day that I had Plans… 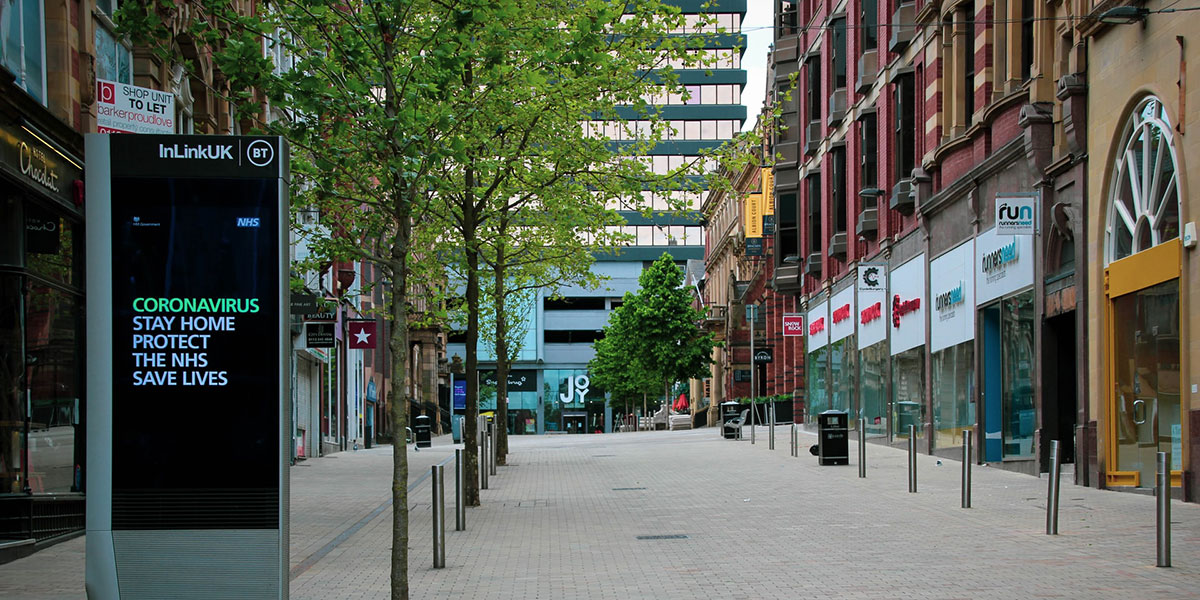 Lockdown rolls on, as it does, and it occurred to me the other day that I had Plans at some point. Not grand Plans, but Plans nonetheless. There were Things I Was Going To Do with all this enforced time home alone. I mean, don’t get me wrong – I spend a lot of time home alone anyway, but this was the sort of home alone time that required capitalisation, and possibly even italics. Home Alone.

Wait, no, that’s a movie. Not that sort of Home Alone-ing. No, this was the very specific Covid Home Alone-ing. Shall we call it CHA, just because that makes it sound like some sort of slightly funky government agency? Maybe one that investigates underground discos or something.

Yes, I know. Discos. As I said, I spent a lot of time home alone even before this.

Apologies for the earworm. Well, not really …

Of course, if you follow my blog or social media, you will know that this did not go entirely according to plan.

And I can blame the repetition of lockdown after lockdown after confusing tiers after lockdown, or the general uncertainty of never knowing what’s coming or what we should be doing, and the just absolute what the hell is happening-ness of the whole year. I can talk (and have talked) about lockdown burnout and the importance (and elusiveness) of self-care, and about how things just don’t work the way they did, and how we’re all navigating unfamiliar waters with no compass and a map that just says here be monsters right across the middle, with no detail to help us figure out where we are, let alone where the currents and wrecks and shoals and kraken might be.

I can, and probably will, blame a lot of things on all of that. But I also kind of wanted to celebrate some lockdown fails. Because, honestly, successes are wonderful, but fails can also be bright lights in the dark when we look at them right. Maybe they’re the ones that show us where the reefs are, or maybe they reveal themselves to be monsters with no teeth and goofy grins. Maybe in revealing themselves they show us which way we’re heading, giving us time to correct course, or maybe they even show us their soft spots that will let us defeat – or befriend – them.

Bu I already work from home. WHY IS THIS SO DIFFERENT?

Or maybe they just let us laugh a little – me at myself and my undying belief that I can do All The Things, even when four decades of life have demonstrated to me, repeatedly, that I cannot, and you at me, because I’m laughing at me, so you may as well too.

Decorate the whole house before the SO got back.

This was rapidly revised down to decorate the living room, and has currently been downgraded to just get the boiler replaced and call it good enough, okay? I did start out well, by spending my days off stripping wallpaper. This revealed some less than stellar plastering efforts, a lot of which promptly fell off the wall. This was still the early days – maybe even lockdown one – so I bought plaster to fill the holes, which went reasonably well. However, I’m now faced with plastering the whole room, as well as the ceiling, because in trying to figure out how to remove all the weird textured rubbish that was smeared all over the place up there I discovered there was likely asbestos in it. I decided the textured ceiling could therefore stay, and be plastered over, and now I’m just ignoring all of it, because plastering overhead sounds way outside my skill set. Every now and then a little more plaster falls off the walls and I vacuum it up. Neither the wall nor I say anything.

Look, I got the draughty, unused door replaced with a window. What more do you want?

In my defence, the garden centres were shut during the first lockdown, and basically the entire UK sold out of gardening stuff online, so I just bought some bulbs and shoved them in about the place and called it good.

I have no excuse for the rest of the year, other than the fact that I’m sure it was too late to start anything by the time the garden centres re-opened, and of course I’ll do it this year instead.

If we had a lawn, rather than an expanse of moss, this would absolutely be me.

No, I don’t know either. I worked in Greece for a couple of seasons when I first came over to Europe, in about ’98, and I loved it. I haven’t been back since, but in a fit of nostalgia I started learning Greek on Duolingo. I rather rapidly remembered that languages are not my strong point, and switched to Spanish, which I did learn a bit of years ago. Only after a week or so of that did I realise that I’ve been learning French for the past four years and I’d be better sticking with that. I have since restarted swapping French conversation lessons for yoga with my lovely friend in Provence, and have discovered that months of lockdown has not helped my conversational skills in any language.

WRITE ALL THE THINGS.

The SO was going to be away for a while, I had nowhere I could go and no one I could see, so of course I would write all the things. I’d be so ridiculously prolific that I’d swamp my beta readers, my editor would be unable to keep up, and Amazon would beg me to stop. I’d do two series and three stand-alones and write all my blogs for the next year.

Yeah. Turns out being stuck at home unable to go anywhere and with only the cat to talk to is different to staying home and choosing not to go anywhere or to talk to anyone other than the cat. Astonishingly, a global pandemic and general unrest is not conducive to creativity.

I would also like to find whoever started that “Shakespeare wrote all this during the plague” meme and make them eat it. Without even any custard.

No. *makes face remarkably similar to the Little Furry Muse when being fleaed*

I would work on myself.

Because if you can’t go out, go in. I actually still like that sentiment, but it does rather ignore the fact that, when spending all of our time going in, it’s very easy to get sick of oneself. And rather than making me gain any particular deeper understanding of who I am or how I work, or even to feel I could be gentler with myself, I just got a bit fed up. Instead, I found the best option was to run very hard, and when out of sight of anyone flail my arms around in an uncoordinated (and possibly alarming) manner and swear a lot. I do not want to spend any more time in my head. There’s quite enough of that on a day-to-day basis at the moment, thank you very much.

I would learn stuff.

This mostly focussed around reading interesting non-fiction and some of the many, many classics that I’ve missed, and watching documentaries and the sort of films that have “thoughtful” in the description.

Do I need to say I failed?

I have read about two non-fiction books in the last year, and exactly one classic novel. Otherwise, I have mostly DNF-ed things and read books that were purely escapist fun. I have also watched every episode of Community, re-watched Black Books and Disenchantment, and as far as thoughtful movies go? Well, I just had a Sunday of Trainspotting where I watched both movies back-to-back.

Improvement is not happening. Escapism it is.

I’ll tell you what’s not on the menu – self-improvement. Sigh.

And, just in case you thought I was confining myself to big fails, today I dyed my hair purple but somehow forgot how to, even though it’s only about a month since I last did it. I managed not to cover my neck before putting the dye on, so I now look like a boa constrictor has had a decent go at strangling me, and the entire sink area looked like a unicorn had thrown up in it. Luckily Cif gets rid of most things, but it didn’t work on my neck.

Yes, I tried it on my neck. Lockdown brain, or just possibly a general lack of caring right now. I mean, it’s basically an exfoliant, right?

Okay, so not a colourful unicorn, but still…

So no, a year of lockdowns has not been a year of productivity and success for me. But maybe that’s okay. Maybe it’s okay if the biggest thing to come out of it is discovering how much sourdough I can actually eat, and knowing just how important so many little things I took for granted actually are. Maybe it’s realising how things I thought were so desperately important turn out not be so much. Maybe it’s becoming more familiar with my monsters, because I’ve had so little to distract me from them. Maybe it’s finding out just how many truly wonderful people I know both on and offline, and how much they matter.

Or maybe it’s simply learning my lesson about actually thinking about what I’m doing when I decide to open the hair dye. *shrugs*

Either way – I’m here writing this and you’re here reading it. These are wins, lovely people. Thank you.

And now over to you – what have your lockdown fails been? Share away below, or simply laugh at mine. Either works. We need all the laughter we can get right now, and maybe that’s what my fails are there for.