A Few Tips for Surviving December

It is getting horribly close to Christmas. A month. Obviously I have all my Christmas cards done… 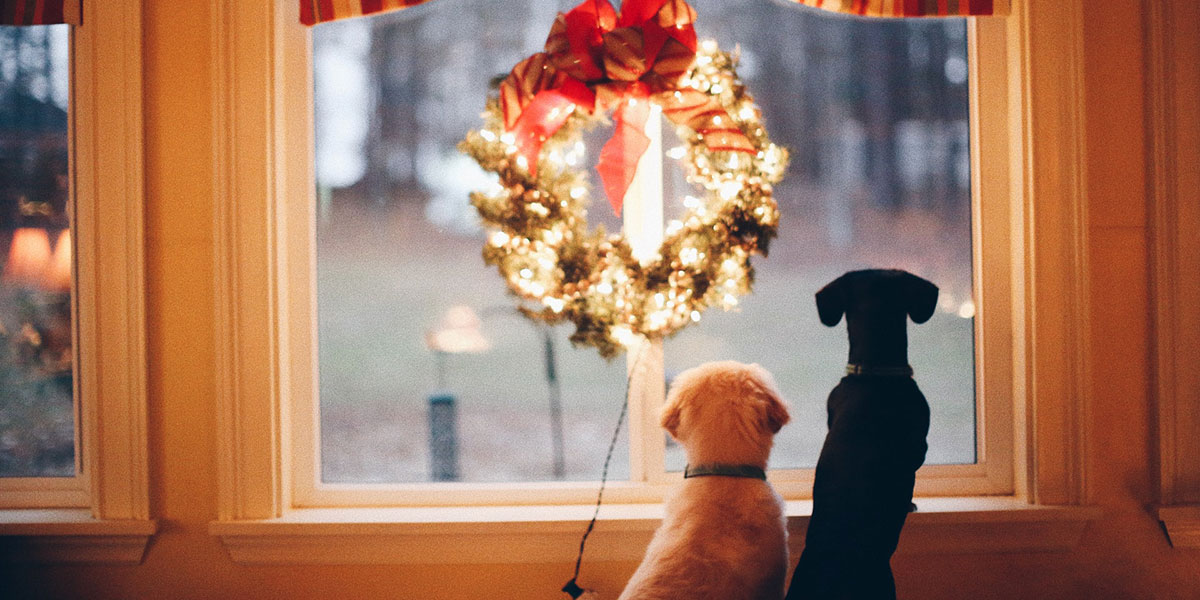 It is getting horribly close to Christmas. A month. Obviously I have all my Christmas cards done, the Christmas cake is being basted as we speak, the Christmas lights are all neatly coiled and functional, the veggie haggis is on order, the table decorations are ready to go, and I have decided on presents for my nearest, dearest, and the mailman.

I’m also a writer and you should believe very little of what I tell you.

I had considered making the blog a Christmas-free zone until December 1st actually rolled around, but who am I kidding – we’re all thinking about it, right? Where we’re going to be, what parties we’ll have to go to, what family members are coming for the day and how many are just going to move in for the foreseeable future. How many disagreements will be reignited, and how many times you’ll be told how you should be cooking the turkey/lamb leg/nut roast/insert holiday preference here. If you’ve struck the right balance of fun and useful with the presents, and if anyone’s going to give you anything other than socks this year (honestly, you wear one pair with holes in the toes…).

So I decided that if we were already worrying about December, I’d throw my ten cents in, and after that this blog will become a place of stories until the madness is over. A little slice of escapism, full of dragons and reapers and (hopefully) the sort of Christmas spirit that reminds you it’s not all bad.

But first, before we jump headfirst into a sea of mince pies and mulled wine (or eggnog, for those of you that are into what is, as far as I can tell, alcoholic custard), here’s a few thoughts about the whole thing.

The presents don’t matter. They really don’t. Not once you’re over the age of eighteen, anyway. Well, twenty-five. I used to tie myself in knots trying to come up with thoughtful, inventive, one-of-a-kind presents that would show I’d put in the requisite effort, had really considered the person in question, and had spent a decent sum.

But you know what? It’s not about that. We don’t need more stuff. Not unless we’re moving into a new home, or having kids, or some major life event like that. I love presents I can either eat, or read. And as far as that goes, book vouchers are amazing. Because, as every bookworm knows, even if we told you what book we wanted last week, by this week we’ll have done an ooh, shiny! on something else. Don’t spend your time and money trying to out-present everyone else. If you know what someone wants, great. If you don’t – vouchers work. And chutney’s easier (and quicker) to make than it looks.

No one will eat as much as you think they will, yourself included (maybe). I’m terrified of the supermarkets in December. Never mind the fact that, even in France, there’s always a shop open, even on Christmas Day – everyone’s determined to buy up enough food and drink to feed a family of fourteen until Easter. Stop it.

Yes, I know it’s not Christmas until we’re collapsed on the sofa at 4pm in elasticated trousers, arms and legs akimbo and hoping the cat doesn’t jump on our bellies, but really. It doesn’t actually take half a turkey, four Yorkshire puds, six roast potatoes and five mashed ones, seven carrots, eight brussels sprouts, a third of a cauliflower immersed in cheese sauce, half a litre of gravy, and four pigs in blankets per person to do that. And that’s before we get to dessert. I don’t even eat the meat bits, and I still can’t eat all that. Trust me, I’ve tried. Never let it be said I don’t give Christmas dinner my best effort.

It’s only one day. I know we seem to have been building up to it since somewhere around August, but it’s only one day. And there’ll be another one next year. It doesn’t have to be perfect. It won’t be perfect. The turkey will be overcooked, the peas will be forgotten in the freezer drawer, the stuffing will burn on top, the gravy will have lumps in it, you won’t like half your presents (if that), someone’s aunt will ask you when you’re going to get a real job/get married/have kids, someone’s uncle will tell at least three racist/sexist jokes, and the cat will vomit on the rug right as you walk into the living room. It’s okay. Tomorrow you’ll be eating stuffing and cranberry sauce sandwiches in your oldest PJs, the house silent around you. And you won’t have to do it again for another year.

Family is what you make it. Not all of us will spend Christmas with our families. Not all of us will want to. And that’s okay, too. Sometimes family is you and the cat and a houseplant called Arthur. Sometimes it’s a family you’ve acquired from your significant other. Sometimes it’s friends that have adopted you into their clan, or maybe you’ve made a haphazard family together. All of this is okay. Often it’s better than okay. Christmas is rarely the mellow-lit firesides and warm familial embraces of Christmas cards and holiday movies. Sometimes family works anyway, even if it doesn’t look like the TV specials tell us it should. And sometimes it doesn’t work at all. Don’t beat yourself up about that. Don’t regret it. I’ve had nice family Christmases, and tranquil ones with just the cat for company, and wonderful ones with friends. They all work in their own way.

Do the shopping on your own so you can take half an hour in a cafe beforehand, listening to terrible Christmas songs and drinking something loaded with cream and over indulgence. Go to bed early, even if the house is full – especially if the house is full – and snuggle down with the cat, a good book, and the fancy chocolates you’ve kept hidden from everyone else. Kick everyone out to go for a walk, telling them you have lots of presents to wrap, and take a bath instead (you can wrap the presents later. It doesn’t take that long). Have the last mince pie. Refuse to let anyone else use your favourite mug. And if the cat’s sitting on you, obviously you can’t get up and do the dishes. (Within reason, of course. If someone else has done all the cooking, then no. Get off your lazy bum).

And there ends my seasonal advice.

TL;DR: Don’t stress out too much, look after yourself, and try and enjoy it.

What else would you add? Let me know below!