It’s just the getting here that’s the hard part. Travel can be both wonderful… 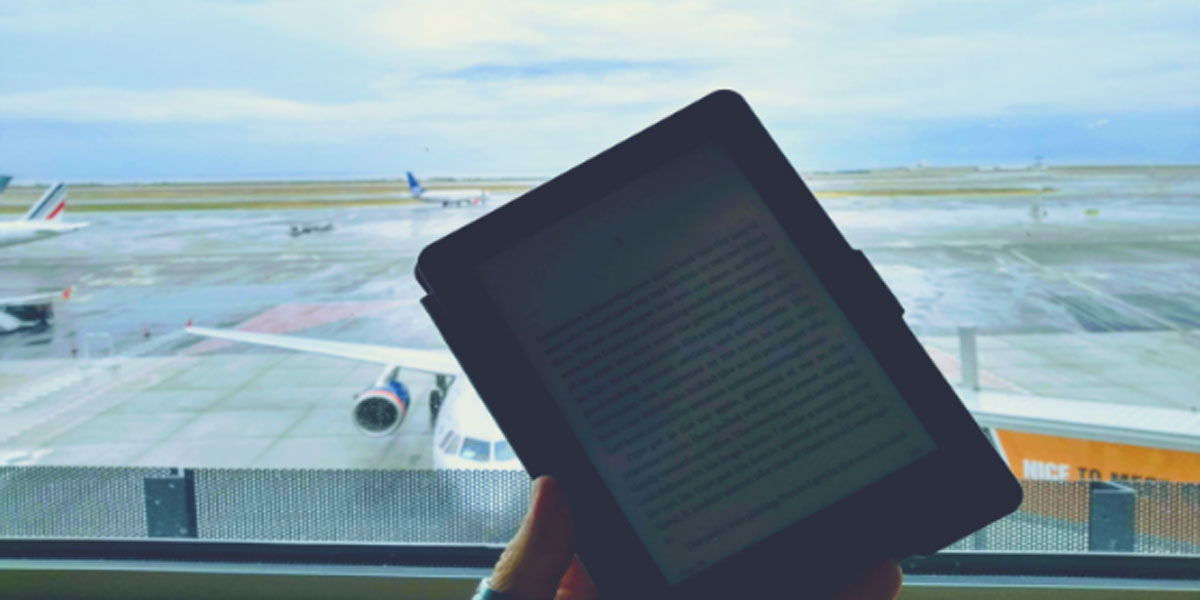 It’s just the getting here that’s the hard part.

Travel can be both wonderful and uncomfortable – and the least comfortable part tends to be the getting places. However, I’ve put in some good practise at this, and I’m happy to offer you my very incomplete guide to travel essentials for bookworms, introverts, and anyone else who really just wants to be left to read their book in peace, and not have to look at their neighbour’s holiday photos for the duration of a 14 hour flight.

As you may (or may not) have gathered if you follow me on social media, I’ve been away in Tonga for the past month and am only just on my way home. In fact, as you read this I’m probably in a plane somewhere, or walking laps of the Abu Dhabi airport as the best exercise I’m likely to get across three days of travelling. (At least this time I only have three hours of laps to do. It was six on the way out.)

I travel from Europe down to NZ, Australia or Tonga once a year, if I can. This is the problem with living on the other side of the world to my family (as I actually get on with them and want to see them). This year I headed to Tonga, which is a very small island group about 1500 miles north of New Zealand. There are no hotel chains, no fast food restaurants, no motorways or traffic lights. In the northern-most island group, where my dad and his gf live on their boat (most of the time – boats are movable, after all), there are as many pigs and chickens on the road as there are vehicles, and they’re generally going faster than the cars can manage. I spent a lot of time growing up here, and worked here for a couple of years after I first left NZ at 18. The waters are deep and blue and full of life, the anchorages are still uncrowded, and running out of fuel before the fuel boat arrives is always a risk. As is the plane not flying because of weather, breakdowns, or just not being bothered.

Anyhow – this post isn’t about Tonga. Sometimes I think I’d like to write about it, but it’s a hard place to put into words. I can describe the stillness of the harbour in the early mornings, flowers floating on the water after the high tide, or the gasp of a turtle surfacing near the boat, even the crash of a humpback’s breech, glimpsed between the islands. I can talk about the whole country stopping on Sundays, and how you still need to inspect the flour you buy from the shops (scooped in one kilo lots into plastic bags) for livestock before you take them home. I can explain that while you might think the shops have nothing but very expensive basic foodstuffs in them, there’s more than there used to be, and you should grab what you need now, because it might run out next week (or the ship might not arrive on time). I can talk about faka Tonga, the Tongan way, and the kids playing on the wharf and the overloaded village boats running to town every Saturday, and the markets heaped with pineapples and the way the water chuckles when it rolls against volcanic rock. I can talk about the flying foxes, hanging like shrivelled fruit on bare branches above the sheer faces of the islands, and how they take flight, wheeling enormous against the evening sky. I can describe the filigree markings of a triggerfish, the stately glide of a Moorish Idol, the way the light paints patterns on the sand of the seabed and the way the colours run from white to green to turquoise to deep Pacific blue. I can recall the scent of frangipani, and the night blooming jasmine in summer, and the smoke of the umu (underground oven) fires, drifting over the water.

I can talk about all these things, but I’ve still not worked out how to actually talk about Tonga. It’s not somewhere that’s easy to describe, because it’s more than all these little things, and other than them, too. Maybe this is the problem with anywhere we love. Words can be poor things at times. But I can say that it’s a beautiful place that quietly embraces things like mobile internet and big screen TVs, without ever letting go of Sunday umus and swimming in the rain with all your clothes on.

And it’s also not an easy place to get to, even when the planes are flying.

Part of me likes this, because I don’t want to come back one day to high rises and fast roads. Part of me climbs off the final plane every time thinking, I can NOT do that again. Although, of course, I can and I do.

Here’s how it goes. 27 hours to Auckland, if you’ve got good connections. Which doesn’t include getting to the airport from home, of course. And flights aren’t always cooperative with the short connections. See six hours in Abu Dhabi airport, above. The surprise was that my itinerary said it was non-stop Abu Dhabi to Auckland, but we actually went via Bali. More connections!

Anyhow, after that you’ll probably have to overnight in Auckland – this is good though, because trust me – you can carry as many wet wipes as you want, after 30-odd hours you really, really need a shower. Then up to Tongatapu, the southern island group. And finally, if you’re lucky, and the planes are flying as scheduled, one last flight up to Vava’u. Which is the fun bit, because it’s a seriously beautiful flight, and one I enjoy every time. It’s just not always reliable, and general advice is to allow yourself a day between domestic and international flights when you’re leaving. That way if it’s not flying one day, you’ve still got a chance on the next.

But, okay – call it three days. That’s reasonable, with connections and stopovers. And even if I’m just going to NZ or Australia, you’re still talking a day and a half of travel. And, my lovely bookish friends, that is not something to be undertaken lightly. It requires proper preparation and a well-stocked reading list.

Here, then, are my travel indispensables – because you know you wanted to know, right?

Leaving Auckland – showered, jetlagged, and at least four or five books in.

I’ve also carried one of those soft bean-bag type neck pillows with me on the last few flights, but haven’t used them once. They seem to push my head too far forward on the headrest and make it even more uncomfortable. They can be quite nice as an extra pillow against the arm rest, but, eh. Not worth it. I think I’ll leave it at home next time.

Last flight into Vava’u. And isn’t that just perfect?

And that is it for my travel essentials! How about you, lovely people? Do you travel much? What have you found to be super-handy on long trips, be they car, plane, train, boat, or other? What would you add to my small and rather incomprehensive list? Let me know below!