I have a reasonably good sense of direction. I don’t mean I have a compass… 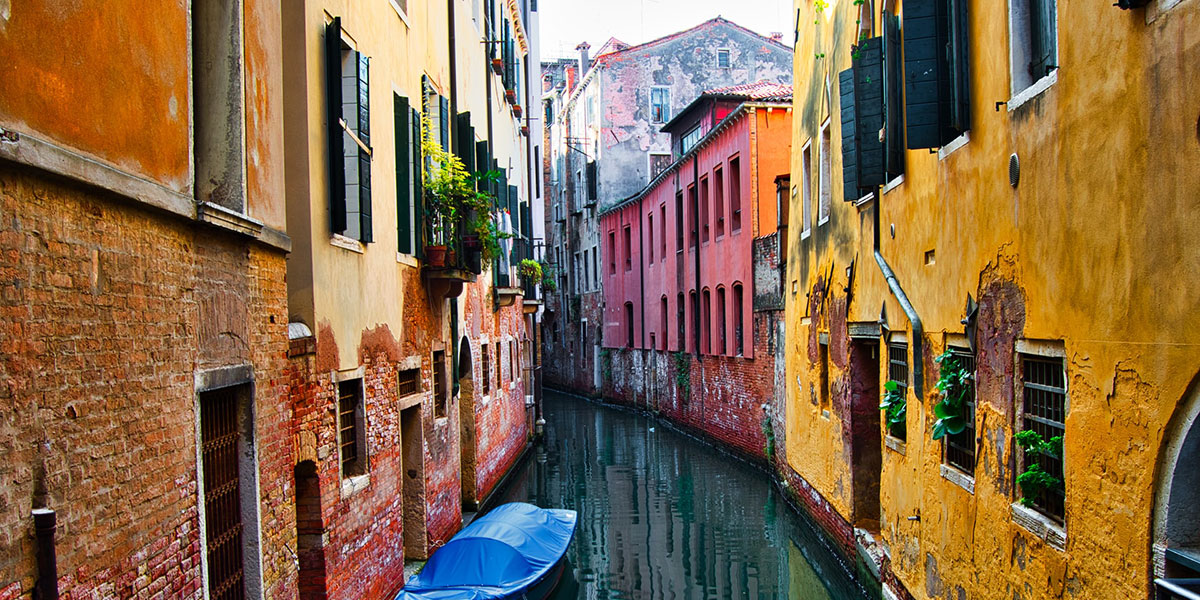 I have a reasonably good sense of direction. I don’t mean I have a compass inside my head that points infallibly North, but I can generally find my way back to hotels in strange cities, I can normally figure out shortcuts that actually are shortcuts when hiking, and if there’s a body of water anywhere about you can pretty much guarantee that I’ll make my way to it before long. So I don’t have any great horror of being lost. And, as it happens, I rather think that being a little lost – not the scary sort of oh-my-god-this-city-is-full-of-dark-alleys lost, or the dreadful how-long-can-I-survive-on-a-muesli-bar lost, but that lovely, luxurious sort of lost, where you have no timetable to keep to, and you just follow your feet – I think there’s a lot to be said for it. I’d even venture to suggest that there’s something magical to it.

I’m not a city person – crowds make me uncomfortable and too much noise gives me headaches – always has. I grew up in quiet places, and I tend to seek them out as an adult as well. But that isn’t to say I don’t enjoy a good city trip – bookshops! Funky cafes! Maybe a show! Museums! Monuments! All this stuff! Which is all very well and good, but still not my favourite part about a city. I mean, yeah – I can wander around and look at beautiful statues and impressive buildings for a certain amount of time, and I love a good amble around an interesting museum, and of course I’m going to check out all the good secondhand bookshops – but after about a day of that (maybe a little longer when it involves bookshops) I’m done. And please god don’t give me a schedule. Don’t make me plan stuff. I can take one scheduled event in a trip, anything else I somehow manage not to turn up on time for. Oops. Sorry about that. What shall I do now?

I don’t know what’s down that way, but it looks interesting. Let’s go.

See how close that is to wonder? Coincidence, I don’t think.

Wandering is my favourite way to see anywhere. Give me a pair of comfy trainers, a bottle of water, and a city map that I can refer to occasionally to make sure I’m still in the same county, and I’m happy. Sure, I’ll take a look at your big sights, but they’re always so crowded, so peopley.

Those little courtyards where old men play chess and drink pastiche, the narrow lanes with washing strung from one scarred wall to another, the decrepit fountains leaking moss and sweet water over the cobbles, the cats sleeping in doorways and old women cackling like crows in front of shops selling unfamiliar drinks and stinking cheeses – that. That’s what I want to see. That’s where I want to get lost.

I want to sit for a moment outside a cafe that doesn’t have the menu in four different languages, and jump back to avoid bicycles rather than tour groups. I want to glimpse little worn churches and catch snippets of conversation in languages I don’t understand, and to feel inconspicuous in my strangeness, not a potential customer to be reeled in, just a passerby peeking in.

And yes, while I wander I wonder, too. Wonder about the lives beyond the net curtains and oversized doors, wonder what people are arguing about, wonder about the differences and similarities between me and unmet others. Maybe tell some stories to myself about them, maybe people my pages with that particular pattern of tiles on the wall of that particular courtyard, or the way that particular old woman laughed, all full of raucous life.

I’m not sure how I got up here, and I’m even less sure how I’m going to get down. All good.

There’s other sorts of wandering and wondering, of course. My Dad has never been one for following maps or even necessarily paths, although that can occasionally be a little dicey. He still tends to point at a hill and say to me, “Go climb that one,” leaving me to muddle around the place looking for tracks that seem to point in the right direction.

Generally this turns out quite well, although I do remember as a rather small person being sent off with a treasure map that involved compass bearings and distances measured in strides. Unfortunately my small person strides didn’t quite match his grown up ones, and I have a pretty good feeling I got in a right strop about that. Or there was the habit we had of finding lighthouses on remote islands and climbing up their slatted wood sides so we could sit under the light, explorers surveying the terrain (Mum really loved that). And as an even smaller person, I remember climbing through New Zealand bush and creek-lined gullies, slipping and sliding all over the place and finding the skull of a long-dead sheep, which even then had the ability to capture my imagination and turn into a what-if.

So yeah, getting comfortably lost in wild places can be fun, too. A bit harder to taxi back from, and often involving scratches on your legs and twigs in your hair, but fun. And sometimes you can come to a quiet place, a place where you could almost believe no one else has come to, not this particular spot with its heavy carpet of moss and roof of leaves, and the glimpse of a waterfall beyond it, and you listen to the silence, and think – what happens here when I’m not here? What could happen?

Totally worth the scratched legs, though.

These are my favourite ways to explore anywhere, and for a writer there’s a wealth of ideas and inspiration to be found in both the wandering and the wondering. Even in my own little corner of the world, just the act of ducking down a side street I’ve never ventured onto before, or taking a path that I don’t know has a taste of excitement to it. And to me, there’s no better grease for a stuck story than walking. Wandering and watching and wondering.

PSA, kids – if you’re wandering in cities and towns find out first if they’re safe for wandering – for all my love of adventuring, there are places I’ve been where I’ve stuck strictly to the tourist routes. And make sure you have the taxi fare back for if you walk further than you think. Wilderness wandering can be a risky business – dress for the weather, make sure you have water and food, your phone is charged and you’re certain that you’re only going to get relatively lost (i.e. you may be back a bit late for lunch, having had to wade through some bogs to get there, not holy crap I’m going to be spending the night out here). Really lost does not tend to end well. Also best make sure it’s not hunting season and that you’re on public or national park land. I may have wondered what it was like to get shot, but it’s not something I ever want to experience.