A March reading chat and the delights of dedicated reading time. (Plus the tūī are still hiding …) 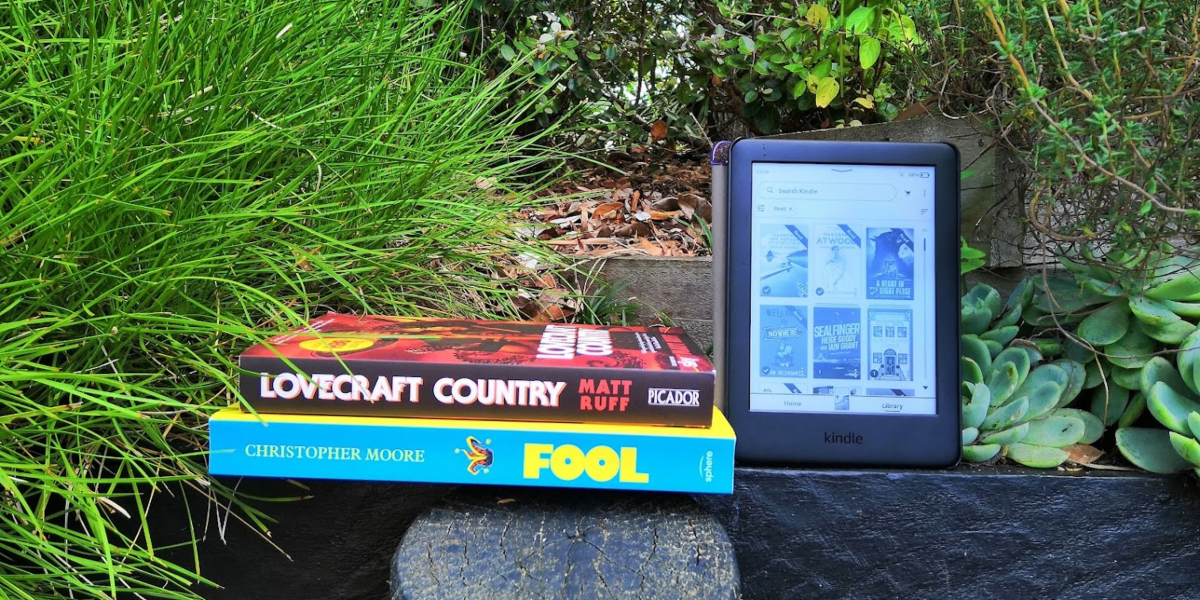 I have been reading. Not a lot, at least not in terms of young Kim, when I inhaled books at such a pace that my Dad would sometimes read them after me and ask me questions, as he didn’t think I could possibly be reading at such a pace and taking anything in (I was, and could). But a lot in terms of current Kim, who will most days manage half an hour of reading in bed before dropping the kindle on her face.

I’ve been trying to give myself an afternoon every weekend (it doesn’t always work, but I usually find an hour if I can’t get more) that’s just for reading, when I can curl up in a comfy spot and just do proper, abandoned, lost-in-the-book reading, and not think about anything else, or be distracted by my phone or the laptop or any of the many, many things on my to-do list. I’ve also been making it a point to get to bed in time for more than half an hour of pre-sleep reading, although this is an iffy business. Some days it works, other days I end up messaging people instead (having friends in different time zones is tricky), and last Friday I finished reading at two a.m. on Saturday. Which, to be fair, was more caused by an inability to sleep than by the book, but I might’ve slept a little earlier if the book had been less interesting, so I think it needs to share blame.

But, sleeplessness aside, it has been delightful.

For a start, I haven’t had to check back to see what happened earlier in the book because it’s taking me so long to read it that I’ve forgotten. And my usual day off must do something useful thing has changed to when do I get to sit down with my book? So that’s nice. Plus, sitting down with a book allows better snack time than Doing All The Things, so I approve doubly.

And what’s even nicer is the fact that reading more makes me want to read more. I almost thought that ability to just fall into books had become lost along the way, grown out of like a taste for weird cheesy puffs and bubblegum flavoured ice cream.

But it turns out that some loves last forever – you just need to take the time to reconnect with them again. Not that I’m going to try that with the cheese puffs or the bubblegum ice cream, because, gah. I think current Kim might get indigestion on that stuff.

All of which means that I have a nice selection of titles for this month, which you can hear all about in the vid below, and find my cake and a cuppa ratings underneath. Watch away, then let me know in the comments, lovely people – what childhood loves would you like to rediscover? Do you think you might try?

Lovecraft Country, Matt Ruff. A well-written, subversive take on Lovecraftian horror, made harrowing more by the human monsters than the eldritch ones. It takes the form of almost novellas strung along the storyline, the POV switching in each, and they were all great reads (Hippolyta’s was my favourite) that led to a cohesive whole. Five large cups of coffee and a slice of pie, but actually don’t eat anything.

“… the real reason he’d keep running into monsters was because he was black, and when you’re black in America, there’s always a monster. Sometimes it’s Lovecraftian Elder Gods; sometimes it’s the police, or the Klan, or the Registrar of Voters.”

Fool, Christopher Moore. A (very) loose re-telling of King Lear, (among other Shakespeare) from the POV of the Fool. Which was fun, but not as fun as it could’ve been. There were some moments of real drama and connection, but a lot was just really crude jokes. Which I don’t mind, but there were a lot, and not that many of them were funny, which made the book not as enjoyable for me as a lot of his other work. A small jar of mead and some biscuits.

“The dull always seek to be clever at the fool’s expense, to somehow repay him for his cutting wit, but never are they clever, and often they are cruel.”

Welcome to Nowhere, Caimh McDonnell. This was one of those books where, more than once, I just looked around the room blankly and said, “what just happened?” It was fast-paced, funny, and completely bonkers in the best possible way. Smithy, who was humiliated in a leprechaun-hunting job (I know), decides to take revenge on the man who hired him, but in the process of doing so interrupts a ninja maybe-assasin (I know) and ends up fighting for his life in a Mad-Max-esque desert outpost (I KNOW). I’m still not sure what I actually read, but I liked it. Several tacos and a large bottle of vodka for those so inclined.

“This was how the world ends, thought Smithy, with an insane man who wants to watch it burn, and an organised woman who was prepared to do the admin.”

A Heart In The Right Place, Heide Goody & Iain Grant. While this wasn’t one of my favourites of theirs, it was an entertaining read. It started off very gross and super-violent (and this is from someone who adored James Herbert’s Rats trilogy as a teen), enough so that I almost put it down. But it turned into a fun father-son road-trip gone wrong tale. Very wrong, to be fair. With a werewolf. And a team of assassins, a pack of boar, and a very good dog. Well, mostly good, anyway. Also lots more grossness, so be warned. I’m not sure I fancy any cake after that, but I’ll take some tea. That should be safe. (Yes, I realise my rating system has broken down irretrievably, but it’s my system, so … yeah. Okay. It’s broken.)

“One dead body might be explained away, two looked extremely careless.”

― Heide Goody, A Heart in the Right Place

The Edible Woman, Margaret Atwood. This was a delightfully odd read. It was funny, sly, subversive, dislocating, and claustrophobic. Not a lot happens, but at the same time an awful lot does, without the MC having any real influence over her life or how it turns out. But why would she – she knows how it will turn out. She will be married, stop work, have children, and raise them. There are no other options. Except her subconscious – and her body – have other ideas. All the cake, and probably a large cocktail to wash it down with.

“Into the plastic basket went my selections, and off I set, step by step, sideways down the stairs, like Little Red Riding Hood on her way to Granny’s house via the underworld. Except that I myself am Granny, and I contain my own bad wolf. Gnawing away, gnawing away.”

Marrying Off Mother & Other Stories, Gerald Durrell. Reading Gerald Durrell is always like cuddling up under a favourite blanket with a soft toy for me. I loved My Family & Other Animals so much as a wee small thing that when I re-read it recently I could remember some passages almost verbatim. The humour, and the gentle affection shared out equally to people of all species is just comforting and beautiful to me, and I always love re-visiting them. I hadn’t read these stories before, and while it’s not the best of his work, it was still a good read. Some of the stories were sad, others bittersweet, but all of them had the same lovely tone to them (although there’s also a bit of darkness in there, and some of the language is distinctly dated). I will always treasure the gambling nun in the red velvet dress. A full afternoon tea, including scones and jam.

“I wrote assiduously for a while, then I read the paragraph I had written. It leered evilly at me in the way first paragraphs do, when all the words have got together and are telling you that no matter what you do they are going to make sure you don’t like them; nor are you going to be any more successful with the next paragraph.”

Now over to you, lovely people. What have you been reading this month? And what character’s trials and tribulations have you related to horribly strongly? Let me know below!